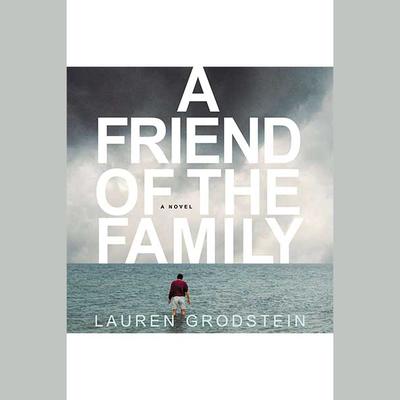 A Friend of the Family

Pete Dizinoff has spent years working toward a life that would be, by all measures, deemed successful. A skilled internist, he’s built a thriving practice in suburban New Jersey. He has a devoted wife, a network of close friends, and an impressive house, and most important, he has a son, Alec, on whom he’s pinned all his hopes. Pete has afforded Alec every opportunity, bailed him out of close calls with the law, and even ensured his acceptance into a good college.

But Pete never counted on the wild card: Laura, his best friend’s daughter—ten years older than Alec, irresistibly beautiful, with a past so shocking that it’s never spoken of. When Laura sets her sights on Alec, Pete sees his plans for his son not just unraveling but being destroyed completely. Believing he has only the best of intentions, he sets out to derail this romance and rescue his son. He could never have foreseen how his whole world would shatter in the process.

Lauren Grodstein delivers a riveting story in the tradition of The Ice Storm,American Beauty, and Little Children, charting a father’s fall from grace as he struggles to save his family, his reputation, and himself.