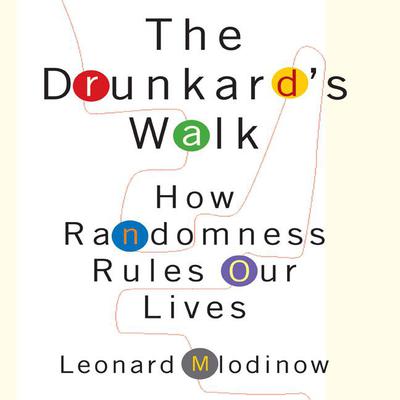 How Randomness Rules Our Lives

In this irreverent and illuminating audiobook, acclaimed writer and scientist Leonard Mlodinow shows us how randomness, chance, and probability reveal a tremendous amount about our daily lives, and how we misunderstand the significance of everything from a casual conversation to a major financial setback. As a result, successes and failures in life are often attributed to clear and obvious causes, when in actuality they are more profoundly influenced by chance. The rise and fall of your favorite movie star or the most reviled CEO—in fact, all our destinies—reflects chance as much as planning and innate abilities. Even Roger Maris, who beat Babe Ruth’s single season home run record, was in all likelihood not great, but just lucky. How could it have happened that a wine was given five out of five stars by one journal and called the worst wine of the decade by another? Wine ratings, school grades, political polls, and many other things in daily life are less reliable than we believe. By showing us the true nature of chance and revealing the psychological illusions that cause us to misjudge the world around us, Mlodinow gives fresh insight into what is really meaningful and how we can make decisions based on a deeper truth. From the classroom to the courtroom, from financial markets to supermarkets, from the doctor’s office to the Oval Office, Mlodinow’s insights will intrigue, awe, and inspire. Offering listeners not only a tour of randomness, chance and probability but also a new way of looking at the world, this original, unexpected journey reminds us that much in our lives is about as predictable as the steps of a stumbling man afresh from a night at a bar.