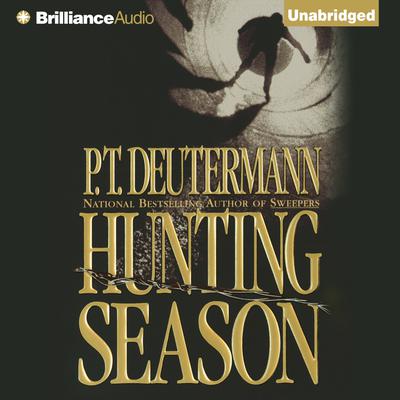 When college kids hiking near an abandoned military industrial complex in West Virginia mysteriously disappear, special agent Janet Carter—earnest, honest, and fed up with the stifling chauvinistic environment at the Roanoke FBI headquarters—is called in to investigate. Unfortunately, there are no leads—it's as if the three just vanished into thin air. The authorities at the FBI are quick to write off the case as teenage runaways, and order Janet off the case—but not before she has the chance to speak with the father of one of the missing, Edwin Kriess.

Kriess is an ex-"sweeper," a member of an elite CIA task force trained to track down and bring in rogue agents. To be a sweeper means to be expertly trained in the art of hunting and killing, and Kriess was not only a sweeper himself, but the agent in charge of training and leading the entire program. Only something went wrong—an assignment to track down an agent involved in a Chinese espionage plot ended in a bloody massacre, and threatened to reveal a monumental government cover-up. Kriess was quietly sacrificed to the scandal, and has since lived in solitude.

But now his daughter is missing, and he knows that she didn't run away—and he will do anything to find her and bring her abductors to justice. His search brings him back to the abandoned industrial complex, where two right-wing religious fanatics—tied to the Waco disaster and inspired by the Oklahoma City bombing—are building a hydrogen bomb.

When the FBI learns of Kriess' independent investigations, they fear the worst: he knows too many secrets already, and if his search efforts are successful, a scandal of epic proportions would unfold. They decide they need a plant, someone who has access to Kriess, and can win his trust. Someone who will report back what he knows, and what he finds—and that person is Janet Carter.