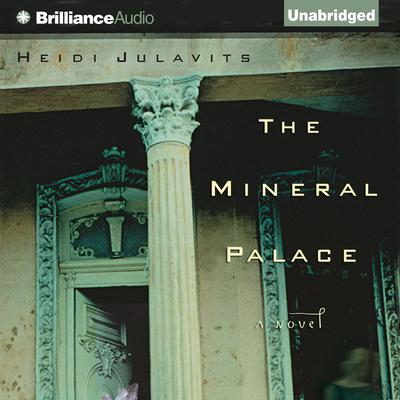 In a bold debut novel of the Great Depression, a young dosctor's wife uncovers the sordid secrets of a withering Colorado mining town, even as she struggles with the ravaging truths about her marriage and her child. In the drought-ridden spring of 1934, Bena Jonnsen, her husband Ted, and their newborn baby relocate from their home in Minnesota to Pueblo, a Western plains town plagued by suffocating dust storms and equally suffocating social structures. Little can thrive in this bleak environment, neither Bena and Ted's marriage nor the baby, whom Bena believes - despite her husband's constant assurances - is slipping away from her. To distract herself from worrying, Bena accepts a part-time position at Pueblo's daily newspaper, The Chieftain, reporting on the "good works' of the town's elite Ladies' Club leaders, women such as Reimer Lee Jackson and her plans to restore the town's crumbling monument tot he mining industry - the Mineral Palace - to its turn-of-the-century grandeur. Bena is drawn to the Mineral Palace and to the lurid hallways of Pueblo's brothel, befriending a prostitute, Maude, and Red, a reticent cowpoke. Through these new emotional entanglements, Bena slowly exposes not only the sexual corruption on which the entire town is founded, but also the lies enclosing her own marriage and the sanctity of motherhood. She returns again and again to the decaying architecture of the Mineral Palace; within its eroding walls she is forced to confront her most terrifying secret, which becomes her only means for salvation. With her gritty and magical prose, Heidi Julavits elegantly examines the darker side of paternity and maternity, as well as the intersection of parental love and merciful destruction. The Mineral Palace is a startling and authentic story of survival in a world of decadence and depravity.