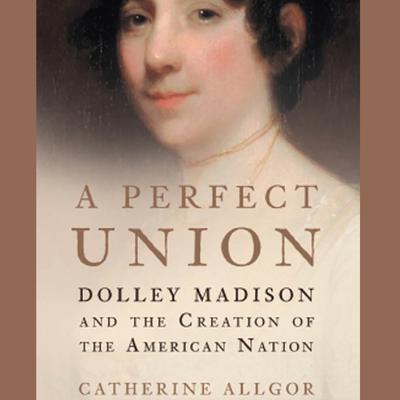 Dolley Madison and the Creation of the American Nation

An extraordinary American comes to life in this vivid, incisive portrait of the early days of the republic—and the birth of modern politics hen the roar of the Revolution had finally died down, a new generation of American politicians was summoned to the Potomac to assemble the nation's newly minted capital. Into that unsteady atmosphere which would soon enough erupt into another conflict with Britain in 1812, Dolley Madison arrived, alongside her husband James. Within a few years, she had mastered both the social and political intricacies of the city, and, by her death in 1849, was the most celebrated person in Washington. And yet, to most Americans, she's best known for saving a portrait from the burning White House, or as the namesake for a line of ice cream.

Why did the Americans of her time give so much adulation to a lady so little known today? In A Perfect Union, Catherine Allgor reveals that while Dolley's gender prevented her from openly playing politics, those very constraints of womanhood allowed her to construct an American democratic ruling style, and to achieve her husband's political goals. And the way that she did so—by emphasizing cooperation over coercion, building bridges instead of bunkers—has left us with not only an important story about our past but a model for a modern form of politics.

Introducing a major new American historian, A Perfect Union is both an illuminating portrait of an unsung founder of our democracy, and a vivid account of a little-explored time in our history.