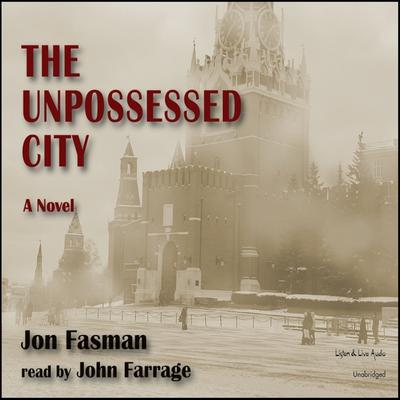 The Unpossessed City: A Novel

Jim Vilatzer was going nowhere—working in his parents’ restaurant, sleeping in his childhood bedroom—until he ran up gambling debts that forced him to go somewhere far away—fast. He uses his Russian-language skills (learned from his émigré grandparents) to cadge a job in Moscow finding and interviewing survivors of the Gulag. At first, he only finds that they are well hidden and leery of sharing their horrific stories, but he also discovers that he’s falling in love with their homeland. He is intoxicated by Moscow’s brooding, ironic atmosphere, its vast reservoir of entrepreneurial energy, its otherworldly churches and majestic subways. On any given day, petty indignities are more than offset by random acts of kindness. Jim’s taste for gambling is satisfied merely by living in a city that teems with risk and promise. So he blithely accepts a big win when a chance meeting with a lovely aspiring actress leads not only to romance but also to her grandfather, a concentration camp survivor who does actually want to share his story. Soon Jim is on a roll, scoring interviews with four other survivors in as many days, learning harrowing and fascinating things about bygone atrocities and feeling like he has finally found where he belongs. But his apparent success has earned him the attention of Russia’s Interior Ministry and the CIA. Jim has become an unwitting cog in a scheme to spirit Soviet scientists and their deadly secrets out of Russia and into the hands of the highest bidder. Pursued ruthlessly by both sides, he must flee again, this time to the lawless border country, where an economist-cum- mobster is preparing to peddle the world’s most dangerous technologies to whichever terrorists can muster the cash first. Like Donna Leon’s novels of Venice or John Burdett’s Bangkok series, The Unpossessed City makes of its setting an intricate, irresistible character. With taut, ingenious plotting and incisive prose, Fasman engages our most visceral fears and throws brilliant light on our most primal drives—to feel that we belong, to find love, to become better than we are.