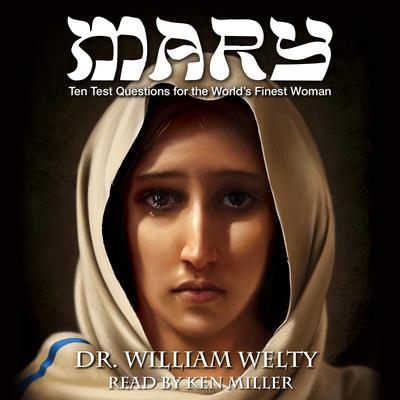 The community of Christian faith worldwide knows her as the finest woman who ever lived.

Born in obscurity to a distant descendant of Israel’s magnificent King David, Mary, the mother of Jesus of Nazareth, was honored by the Creator of the Universe to be the person through whom God himself would visit his own Creation.

No matter what you may have thought you knew before about this first century paragon of virtue and faith, there’s a good possibility that you’ve been misinformed about her.

In fact, chances are you’ve been wrong from the start about the most remarkable woman who ever walked the dusty roads of first century Israel at the height of the Roman Empire’s power.

No, Mary isn’t who you think she is. More than twenty centuries have come and gone since a teenaged virgin became the mother of God’s incarnate Son. As a result, far too much myth has grown up around the person and story of the woman who became one of the foundational figures of human history.

But what the New Testament records tell us about the life of Mary, the mother of Jesus is fascinating enough in its own right that accumulated legends seem to embellish the story.

So today, more than twenty centuries later, Biblical scholar and theologian Dr. William Welty pulls back the dusty curtain of historically inaccurate tradition and introduces you to the very human, but utterly magnificent character of Mary, the mother of the Messiah, as she struggles to pass Ten Test Questions for the World’s Finest Woman.

In this analysis of every passage recorded in the New Testament in which she is mentioned, you’ll learn why Mary, the mother of the Rabbi from Nazareth, rose from literal obscurity to become one of the most pivotal figures in all of human history.