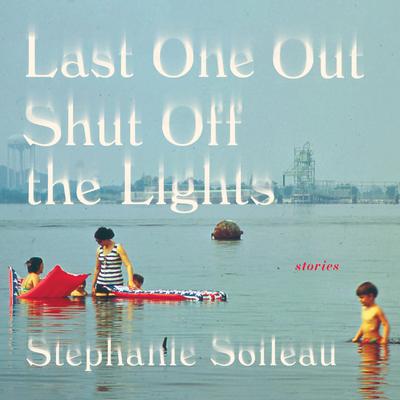 Last One Out Shut Off the Lights

"A lightning bolt of a literary debut." ---Adam Johnson, Pulitzer Prize winner
"Enchanting and so neatly planed they feel made by time, these stories mark the debut of a writer to watch." ---John Freeman, Literary Hub
Last One Out Shut Off the Lights is an evocative portrait of the last-chance towns of southwest Louisiana, where oil development, industrial pollution, dying wetlands, and the ever-present threat of devastating hurricanes have eroded their inhabitants' sense of home. These eleven piercing stories feature indelible characters struggling to find a foothold in a world that is forever washing out from under them, people who must reckon with their ambivalence about belonging to a place so continually in flux.
In a collection whose resonant echoes abound, we meet a reluctant teenage mother who stows her baby in a closet to steal a night out; a spiteful retiree who sabotages his neighbor in the wake of a hurricane; a Pentecostal singer in a children's theater company who confronts the cultish leader of her troupe; a community of elderly Cajuns who conspire with a family of Sudanese immigrants to hide an escaped cow from the authorities; and a desperate young woman who tries to drag her brother to Mexico for surgery, determined to save his life and her own.
As Lauren Groff did for the state of Florida in her recent collection Florida, Stephanie Soileau demonstrates that Louisiana is as much a state of mind as it is a place on the map. A love letter to the Cajun language, life rhythms, and customs that still make the region unique, Last One Out Shut Off the Lights is also a powerful reminder of the treacherous escape routes that bedevil anyone longing to leave home, and the traps that remain for those who desire to return.