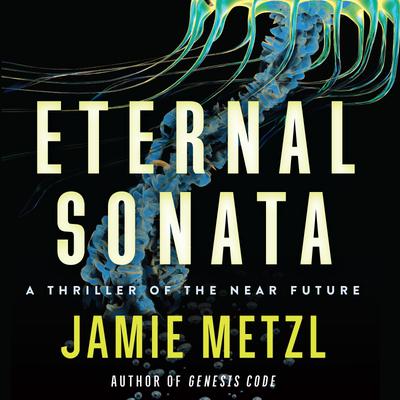 A Thriller of the Near Future

A few dead bodies are a small price to pay in the quest for immortality.

In 2025 America, it’s hardly news when a renowned octogenarian scientist dying of cancer disappears from a local hospice, but when Kansas City Star reporter Rich Azadian begins to dig, he discovers that other elderly scientists around the world have also vanished recently—all terminally ill and receiving the same experimental treatment from a global health company. His investigation leads him to the reclusive Noam Heller, a brilliant researcher exploring new technologies to reverse-age cancer and other cells. Using revolutionary stem cell treatments and snippets of DNA from rare, immortal Arctic jellyfish, his breakthrough promises the genetic equivalent of the fountain of youth.

But when Heller is murdered and his lab destroyed, Rich and his girlfriend Antonia become targets themselves. With the local police and federal authorities failing to see the big picture, he realizes he must take matters into his own hands to survive and stop the killing. His only hope is to mobilize his network of brilliant misfits and infiltrate the vast and lethal race—among cutthroat corporations, national intelligence services, rogue scientists, and a mysterious international organization—to control the new technologies and perhaps the secret of life itself.