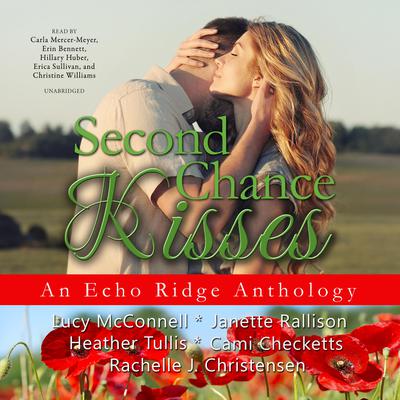 Do you remember your first love? Have you ever wondered what would happen if you had a second chance to follow your heart? In this collection of novellas written by award-winning and bestselling authors, come home to Echo Ridge as summer winds down and hearts once broken and lost are given one more chance, a second chance to love.A Brand New Second Chance by Lucy McConnellWith a broken heart and an unsure future, Abigail Martin moves home to Echo Ridge to capture the parts of her teenage years she missed out on because she'd had a steady boyfriend. Kissing a random guy, flirting with strangers, hanging out at Fay's after a football game-all of it. Carter Montgomery offers his help, because he's a helpful kind of guy, and she quickly falls for his quiet humor, kindness, and heated kisses. Fearing that she hasn't lived enough of life to settle down, Abigail must decide if she's going to break Carter's heart or give love a brand-new second chance.A Perfect Fit by Janette RallisonJojo Halifax believes that winning Echo Ridge's float competition is just what her fledgling art career needs. And if that means giving her ex-boyfriend, Anthony, a second chance so she can be a designer on his team, well, she's willing to make the sacrifice. But when a lost bet leads to a blind date with her brother's friend Wyatt, she begins to have second thoughts about second chances. Wyatt is handsome and charming and just might have been paid to make her forget about Anthony. Is falling for his charm worth the risk, or should she take Anthony back again?Almost Home by Heather TullisDamon lived in ten towns while growing up, but Echo Ridge is one of the few that started to feel like home before his parents relocated their family again. Now a widower, moving back to the small ski resort town is irresistible for him-but somewhat less so for his daughter, Maggie. Learning that Haley, the girl who had gotten away, is back in town is an unexpected bonus. When Haley left a high-powered job in New York City to take care of her grandmother, she never expected to run into the boy she'd been crushing on sixteen years earlier. When they end up working together on the homecoming float, she finds the attraction between them just as compelling as before. But when given a choice, will she give him her heart or leave love behind to return to her job in the city?Change of Plans by Cami CheckettsKaitlyn Johanson comes home to Echo Ridge planning to bring the sparks back with her high school boyfriend, Mason, work at Kenworth's, and enjoy family and the beautiful valley. She never expected her heartthrob-nationally-acclaimed lacrosse player, Axel Olsen-would visit her hometown. When Axel steals her attention, and possibly her heart, from the man she was supposed to marry, she has to choose between taking a risk on new love or giving old love a second chance.Coming Home to Love by Rachelle J. ChristensenWhen Laney Richins left Echo Ridge, New York, eight years ago, she vowed she'd never return, but life had other plans. Those plans included her cute little boy and a divorce, so Laney moved back home and started over. Working in the flower shop seems like the perfect plan until Billy Redford, the man she should have married shows up. Billy Redford's heart was broken when his high school sweetheart turned her back on him and fled Echo Ridge for the big-city lights. Running into Laney in Echo Ridge now brings up past feelings he thought were long gone. She's prettier than ever, still seems to read his mind, and despite his protests, ends up on the homecoming dance's building and decorating committee with him. Billy knows how to build just about anything, but he isn't sure he knows how to mend a broken heart. 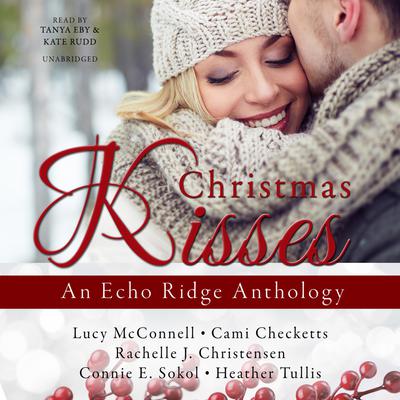 Christmas Kisses is a collection from five bestselling and award-winning authors. Set in the snowy town of Echo Ridge in upstate New York, these inspirational romances are sure to delight while you sip cocoa by the fire and listen to Christmas carols.

Someday Reese Gates will own the Candy Counter at... Read more » 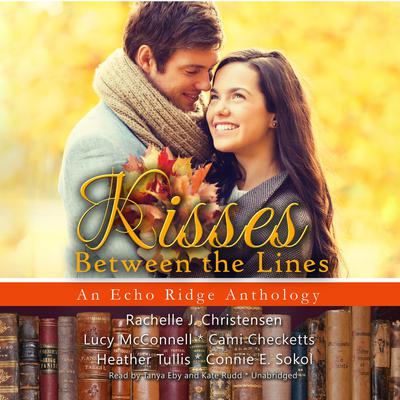 Kisses between the Lines

Welcome to Echo Ridge, New York, where romance finds its way into the lives of the people who walk the streets of the close-knit community. In these five novellas, listeners will experience the power a book has to change a life, make dreams come true, and bring two hearts together.The Kiss Thief by Rachelle J. ChristensenThe old Echo Ridge... Read more » 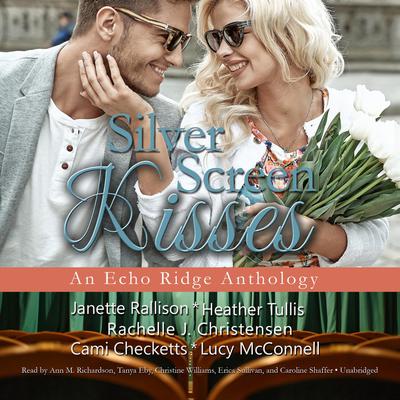 Silver Screen Kisses is a collection of stories inspired by movies that are on every favorite-movie list. Written by award-winning and bestselling authors, these contemporary romances take the reader back to Echo Ridge in the spring, when the promise of new love is budding just like the tulips around the Emerald Inn Bed & Breakfast.

Do you remember your first love? Have you ever wondered what would happen if you had a second chance to follow your heart? In this collection of novellas written by award-winning and bestselling authors, come home to Echo Ridge as summer winds down and hearts once broken and lost are given one more chance, a second chance to love.A Brand New... Read more »

Notice to our customers about Second Chance Kisses