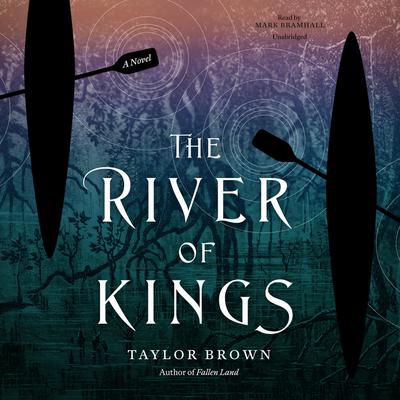 The River of Kings

The Altamaha River, Georgia's "Little Amazon," is one of the last truly wild places in America. Crossed by roads only five times in its 137 miles, the blackwater river is home to thousand-year-old virgin cypresses, direct descendants of eighteenth-century Highland warriors, and a staggering array of rare and endangered species. The Altamaha is even rumored to harbor its own river monster, as well as traces of the oldest European fort in North America.Brothers Hunter and Lawton Loggins set off to kayak the river, bearing their father's ashes toward the sea. Hunter is a college student, Lawton a Navy SEAL on leave; they were raised by an angry, enigmatic shrimper who loved the river, and whose death remains a mystery that his sons are determined to solve. As the brothers proceed downriver, their story alternates with that of Jacques Le Moyne, the first European artist in North America, who accompanied a 1564 French expedition that began as a search for riches and ended in a bloody confrontation with Spanish conquistadors and native tribes.Twining past and present in one compelling narrative, The River of Kings is Taylor Brown's second novel, a dramatic and rewarding adventure through history, myth, and the shadows of family.

Notice to our customers about The River of Kings