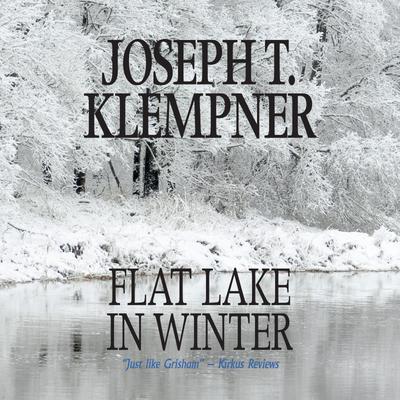 Deep in the heart of the Adirondack Mountains sits a mansion, its image reflected perfectly on the still water of Flat Lake. Inside that estate are the savagely murdered bodies of a wealthy elderly couple.

All evidence points to Jonathan - their mentally handicapped twenty-eight-year-old grandson - but Matt Fielder, his appointed defense lawyer, isn't convinced. While Fielder is pretty sure Jonathan committed the killings, Jonathan's childlike understanding of the world renders it nearly impossible for him to have done it out of greed or malice. Now Fielder must fight the prosecution's campaign for the death penalty, but as he scours Jonathan's past for anything that will help their case, he uncovers a cache of dark family secrets that turn the case in a shocking and unexpected new direction.

When his first novel, Felony Murder, was published, Publishers Weekly called Klempner "a writer to watch." Now, Klempner is better than ever - that rare novelist with both an insider's knowledge of the world he writes about, and a talent for intelligent, compelling storytelling.