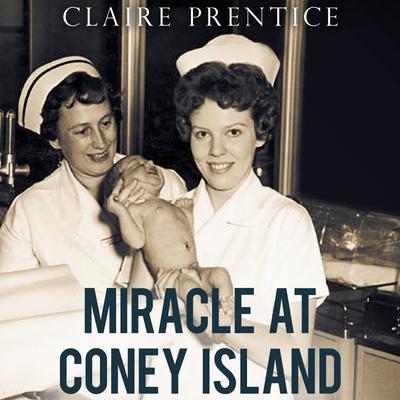 How did thousands of premature infants come to be exhibited at America’s most popular amusement park?

In Miracle at Coney Island: How a Sideshow Doctor Saved Thousands of Babies and Transformed American Medicine, Claire Prentice uncovers the incredible true story of Martin Couney, the “incubator doctor.”

Couney ran his incubator facility for premature babies at Coney Island from 1903 to 1943 and set up similar exhibits at World’s Fairs and amusement parks across America, and in London, Paris, Mexico and Brazil.

Couney’s techniques were advanced for the time and his facility was expensive to run. But he didn’t charge the parents of the preemies a penny; instead the public paid to see them. He claimed to have a survival rate of 85 percent. By contrast, most mainstream doctors in the early part of the 20th century regarded premature babies as “weaklings” and did little or nothing to save them.

Prentice’s meticulous research unravels the mystery of Couney’s origins, and reveals that the “incubator doctor” was not all that he seemed. She brings one of the most extraordinary stories in American medicine to life through interviews with Couney’s former “incubator babies.”