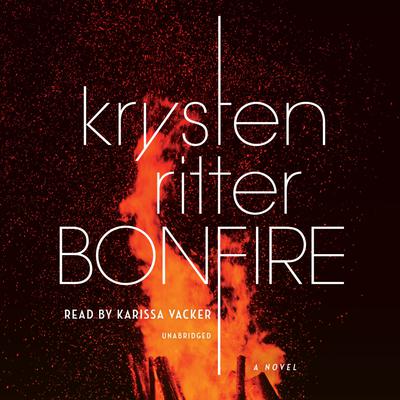 “In this fast-paced thriller, successful environmental lawyer Abby Williams is brought back to her small Indiana town for work, where Optimal Plastics, a company that has helped rebuild the town and its economy, is under suspicion for water pollution. While investigating the pollution claims, Abby also becomes obsessed with discovering what happened to a classmate who disappeared 10 years earlier after a scandal that left many unanswered questions - a disappearance that has haunted her for years. In both cases, the search for truth leads Abby down a dark path of corruption and secrets. This is a remarkable debut novel and the must-read thriller of this fall.”

Nothing burns as bright as the truth.

It has been ten years since Abby Williams left home and scrubbed away all visible evidence of her small-town roots. Now working as an environmental lawyer in Chicago, she has a thriving career, a modern apartment, and her pick of meaningless one-night stands.

But when a new case takes her back home to Barrens, Indiana, the life Abby painstakingly created begins to crack. Tasked with investigating Optimal Plastics, the town’s most high-profile company and economic heart, Abby begins to find strange connections to Barrens’s biggest scandal from more than a decade ago, involving the popular Kaycee Mitchell and her closest friends—just before Kaycee disappeared for good.

Abby knows the key to solving any case lies in the weak spots, the unanswered questions. But as she tries desperately to find out what really happened to Kaycee, troubling memories begin to resurface and she begins to doubt her own observations. And when she unearths an even more disturbing secret—a ritual called “The Game”—it will threaten reputations, and lives, in the community and risk exposing a darkness that may consume her.

With tantalizing twists, slow-burning suspense, and a remote rural town of just five claustrophobic square miles, Bonfire is a dark exploration of what happens when your past and present collide.

“I burned through Krysten Ritter's hugely accomplished debut. Bonfire is dark, disturbing, and compulsively readable.”—Ruth Ware, bestselling author of The Woman in Cabin 10

“In this adroit debut the star of Marvel's Jessica Jones proves her talents aren't limited to acting. . . . [Bonfire is] a thriller that delivers suspense, surprise and satisfaction.”—People