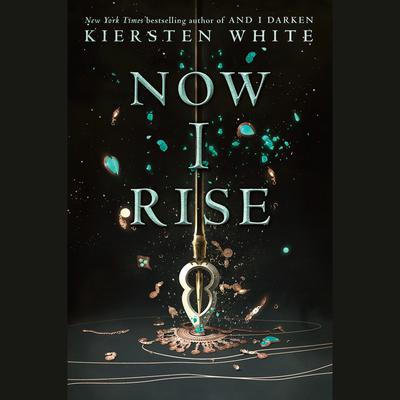 A SISTER FILLED WITH RAGE
Lada Dracul has no allies. No crown. All she has is what she’s always had: herself. After failing to secure the Wallachian throne, Lada is out to punish anyone who dares cross her. She storms the countryside with her men, but brute force isn’t getting Lada what she wants. And thinking of Mehmed, the defiant Ottoman sultan, brings little comfort to her thorny heart. There’s no time to wonder whether he still thinks about her, even loves her. She left him before he could leave her.

HER BROTHER CAUGHT IN THE CROSSHAIRS
Lada needs the support of her diplomatic younger brother, Radu. But Mehmed has sent him to Constantinople—and it’s no diplomatic mission. Mehmed wants control of the city, and Radu has earned an unwanted place as a double-crossing spy behind enemy lines. And for the first time in his life, when Lada asks him for help, he refuses . . . leading his sister to make the darkest of choices.

THE ULTIMATE POWER PLAY
Torn between loyalties to faith, to the Ottomans, and to Mehmed, Radu knows he owes Lada nothing. If she dies, he could never forgive himself—but if he fails in Constantinople, would Mehmed ever forgive him?

As nations fall around them, the Dracul siblings must decide: what will they sacrifice to fulfill their destinies? Empires will topple, thrones will be won . . . and souls will be lost.

Fans of Victoria Aveyard’s THE RED QUEEN and Sabaa Tahir’s A TORCH AGAINST THE NIGHT won’t want to miss this riveting and gorgeously written novel—the second in the And I Darken series.


Praise for And I Darken:

“A dark jewel of a story, one that gleams with fierce, cunning characters—absolutely riveting.” —Alexandra Bracken, #1 New York Times bestselling author of Passenger

“A dark, gritty, and seriously badass epic that will have you dying for more . . . required reading for every feminist fantasy fan.” —BuzzFeed

And I Darken Series 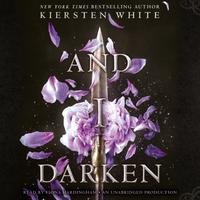 And I Darken
Kiersten White

This vividly rendered novel reads like HBO’s Game of Thrones . . . if it were set in the Ottoman Empire. Ambitious in scope and intimate in execution, the story’s atmospheric setting is rife with political intrigue,... Read More » 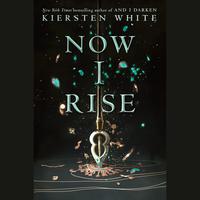 A SISTER FILLED WITH RAGE
Lada Dracul has no allies. No crown. All she has is what she’s always had: herself. After... Read More » 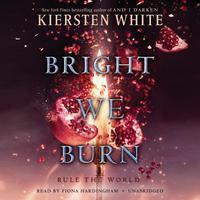 The tumultuous, edge-of-your-seat conclusion to the New York Times bestselling AND I DARKEN series--the epic saga that reads like Game of Thrones . . . if it were set in the Ottoman Empire. Who will live? Who will die? And who will rule triumphant?

Haunted by the sacrifices he made in Constantinople, Radu is called back to the new capital. Mehmed... Read More »