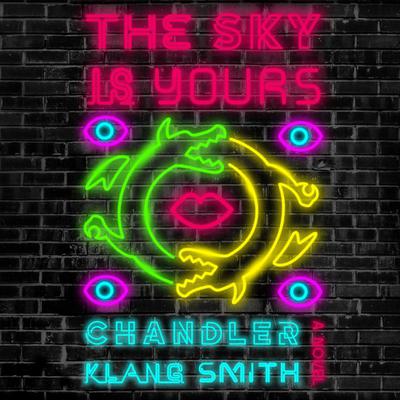 The Sky Is Yours

“Influenced by the likes of Jane Austen and Rick and Morty, Smith tackles timely issues while leaving room for some delicious reality TV references.”—Entertainment Weekly

In the burned-out, futuristic city of Empire Island, three young people navigate a crumbling metropolis constantly under threat from a pair of dragons that circle the skies. When violence strikes, reality star Duncan Humphrey Ripple V, the spoiled scion of the metropolis’ last dynasty; Baroness Swan Lenore Dahlberg, his tempestuous, death-obsessed betrothed; and Abby, a feral beauty he discovered tossed out with the trash, are forced to flee everything they've ever known. As they wander toward the scalded heart of the city, they face fire, conspiracy, mayhem, unholy drugs, dragon-worshippers, and the monsters lurking inside themselves.

In this bombshell of a novel, Chandler Klang Smith has imagined an unimaginable world: scathingly clever and gorgeously strange, The Sky Is Yours is at once faraway and disturbingly familiar, its singular chaos grounded in the universal realities of love, family, and the deeply human desire to survive at all costs.

Praise for The Sky is Yours

“It’s a mesmeric world, comic in the way teenage voyages of self-discovery inevitably are, but with an undertone of menace, horror, even hints of allegory. Satire, too . . . Smith’s imagination is inexhaustible. The Sky Is Yours is a great and disturbing debut, which colonizes a new realm of the magic city.”—The Wall Street Journal

“Smith’s gifts of imagination are staggering. . . . Much like Lev Grossman’s The Magicians and Charlie Jane Anders’s All the Birds in the Sky before it, The Sky is Yours filters youth through a warped yet poignantly canny speculative fiction lens. At the same time, it’s funny as hell, full of madcap detail, firecracker dialogue, and a healthy dose of absurdism in the face of darkness.”—NPR

“Readers who love ambitious literary genre fiction should be on the lookout for Smith’s first novel, a vibrantly uncanny dystopia set on an island metropolis, in the shadow of dragons that swoop overhead, where income inequality and mass incarceration have spun out of control.”—HuffPost