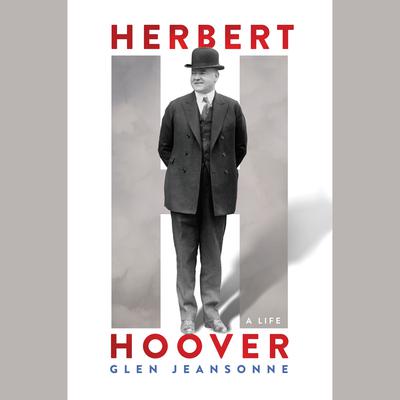 “At last, a biography of Herbert Hoover that captures the man in full… [Jeansonne] has splendidly illuminated the arc of one of the most extraordinary lives of the twentieth century.”—David M. Kennedy, Pulitzer Prize-winning Author of Freedom from Fear

Prizewinning historian Glen Jeansonne delves into the life of our most misunderstood president, offering up a surprising new portrait of Herbert Hoover—dismissing previous assumptions and revealing a political Progressive in the mold of Theodore Roosevelt, and the most resourceful American since Benjamin Franklin.

Orphaned at an early age and raised with strict Quaker values, Hoover earned his way through Stanford University. His hardworking ethic drove him to a successful career as an engineer and multinational businessman. After the Great War, he led a humanitarian effort that fed millions of Europeans left destitute, arguably saving more lives than any man in history. As commerce secretary under President Coolidge, Hoover helped modernize and galvanize American industry, and orchestrated the rehabilitation of the Mississippi Valley after the Great Flood of 1927.

As president, Herbert Hoover became the first chief executive to harness federal power to combat a crippling global recession. Though Hoover is often remembered as a “do-nothing” president, Jeansonne convincingly portrays a steadfast leader who challenged congress on an array of legislation that laid the groundwork for the New Deal. In addition, Hoover reformed America’s prisons, improved worker safety, and fought for better health and welfare for children. Unfairly attacked by Franklin D. Roosevelt and blamed for the Depression, Hoover was swept out of office in a landslide. Yet as FDR’s government grew into a bureaucratic behemoth, Hoover became the moral voice of the GOP and a champion of Republican principles—a legacy re-ignited by Ronald Reagan and which still endures today.

A compelling and rich examination of his character, accomplishments and failings, this is the magnificent biography of Herbert Hoover we have long waited for.