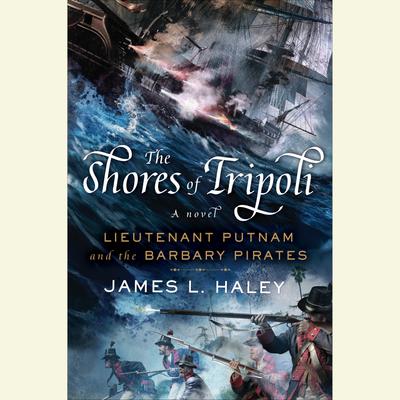 The Shores of Tripoli

Lieutenant Putnam and the Barbary Pirates

“The history is thoroughly researched, the fiction inventive, the style at once easygoing and rapid. … This is a marvelous and richly enjoyable novel, and the intended series to follow promises to do for the American Navy and the Marines what C.S. Forester and Patrick O’Brian did for the Royal Navy. … More, please.” --Wall Street Journal

The first novel in a brilliant new series by award-winning historian James L. Haley, featuring young midshipman Bliven Putnam as he begins his naval service aboard the U.S.S. Enterprise.

It is 1801 and President Thomas Jefferson has assembled a deep-water navy to fight the growing threat of piracy, as American civilians are regularly kidnapped by Islamist brigands and held for ransom, enslaved, or killed, all at their captors’ whim. The Berber States of North Africa, especially Tripoli, claimed their faith gave them the right to pillage anyone who did not submit to their religion.

Young Bliven Putnam, great-nephew of Revolutionary War hero Israel Putnam, is bound for the Mediterranean and a desperate battle with the pirate ship Tripoli. He later returns under legendary Commodore Edward Preble on the Constitution, and marches across the Libyan desert with General Eaton to assault Derna—discovering the lessons he learns about war, and life, are not what he expected.

Rich with historical detail and cracking with high-wire action, The Shores of Tripoli brings this amazing period in American history to life with brilliant clarity.

“James L. Haley has taken the naval adventure genre to places it has not gone before, filled with strong, believable characters who nearly jump of the page, deeply researched details of life both here and abroad...and a powerful, sweeping view of one of the seminal events in the early history of our country...a rollicking good time.”—Brian Kilmeade, author of Thomas Jefferson and the Tripoli Pirates

The Shores of Tripoli

“The history is thoroughly researched, the fiction inventive, the style at once easygoing and rapid. … This is a marvelous and richly enjoyable novel, and the intended series to follow promises to do for the American Navy and the Marines what C.S. Forester and Patrick O’Brian did for the Royal Navy. … More, please.” --Wall Street Journal 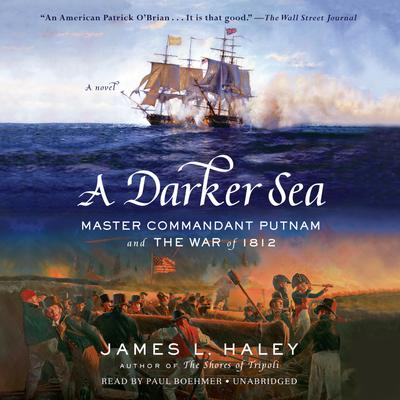 The second installment of the gripping naval saga by award-winning historian James L. Haley, featuring Commander Bliven Putnam, chronicling the build up to the biggest military conflict between the United States and Britain after the Revolution—the War of 1812.

At the opening of the War of 1812, the British control the most powerful navy on... Read more » 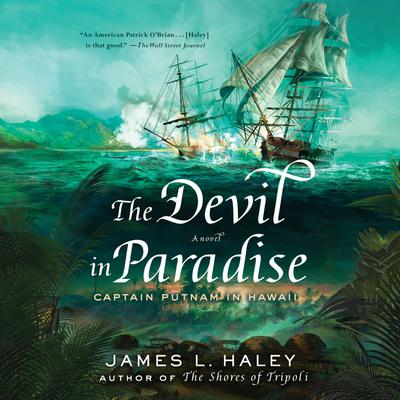 The Devil in Paradise

Captain Bliven Putnam returns, venturing into the Pacific to fight pirates in Malaya and match wits with the royals in Hawaii, in this next installment of award-winner James L. Haley's gripping naval saga.

Following the naval victories of the War of 1812 and the Second Barbary War, the United States is finally expanding its navy to take a place... Read more » 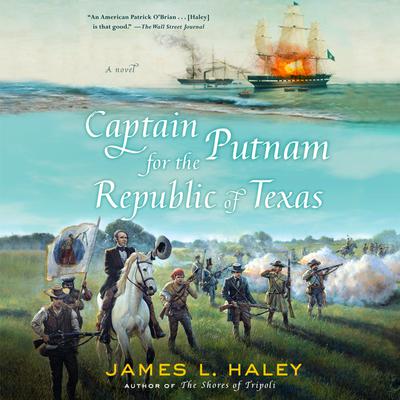 Captain Putnam for the Republic of Texas
James Haley

Captain Putnam for the Republic of Texas

Captain Bliven Putnam returns in an exhilarating new adventure, embedding himself within a top-secret mission during the Texas Revolution that puts everything at risk.

Having spent the past few years on missions in the Caribbean, Captain Bliven Putnam is all but ready to retire and settle down at home in Connecticut with his wife, Clarity. But as... Read more »