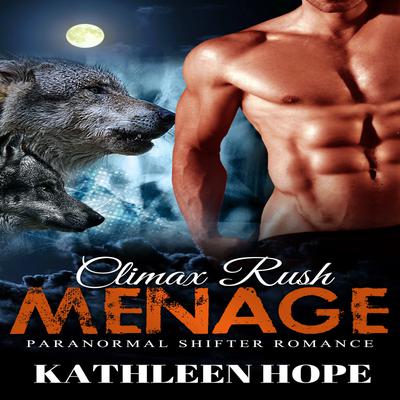 “Spread your legs,” the voice behind her commanded, and she complied eagerly.

Riley dropped to his knees, coming around in front of her as Michael continued to drive her wild with a combination of pleasure and mild pain, squeezing her nipples before releasing them to suck first one and then the other into his mouth. As his fingers returned, pinching her nipples just a little harder this time, she felt Riley touch her, sliding her thong out of the way to expose her sopping wet pussy. She rubbed her clit faster as the stranger's fingers slid along her slit. He spread her lips then, opening her up wide, so much so that she had never before felt so much on display. With her lips still spread, his other hand moved up to the apex of her thighs. His eyes were glued to her pussy as he slid two fingers inside her, never releasing his hold on her lips. He plunged his fingers in and out just once and then slid them deep inside her, watching her intently as Michael increased the pressure on her nipples. Suddenly, it was too much. It had only been moments, but she knew she couldn't hold back if she tried. Her body convulsed, spasming around the two fingers inside her as she moaned loudly through her first orgasm with two strange men..."