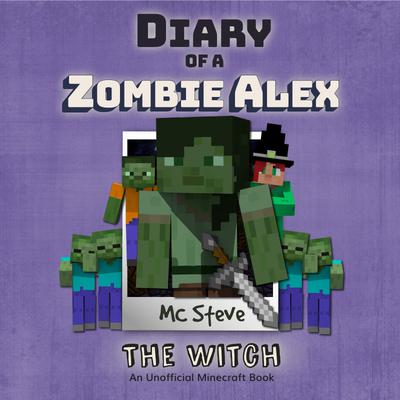 When zombies are entranced by a wicked wizard, nothing will ever be the same…
When a courageous human girl named Alex who always does the right thing wakes up, things have certainly changed. Her little town has been pillaged, and when she looks in the mirror, she is shocked to realize that she is now a zombie! To her chagrin, the only other survivor is Steve, her arrogant yet kind hearted new partner in crime.
Alex and Steve have to get to the bottom of what happened – and quick. Things seem to be getting weirder and weirder. Bravely maneuvering their way through entranced zombies, giant spiders, and other creepy creatures, Alex and Steve finally come upon the house of a kindly witch – whose brother happened to have enslaved the zombies that are wreaking havoc. Before they part ways with the witch, she reveals to Alex it is possible for them to become human again. Petulant Steve is more concerned about getting revenge on the wizard for causing such destruction.
What will Alex do? Read “The Witch” to see if she chooses to restore her humanity, or fight for the rest of it.
Vivacious and spirited, this book will have any child on the edge of their seat – even the most stubborn non reader you know!
Disclaimer: This book is a work of fanfiction; it is not an official Minecraft book. It is not endorsed, authorized, licensed, sponsored, or supported by Mojang AB, Microsoft Corp. or any other entity owning or controlling rights to the Minecraft name, trademarks or copyrights.