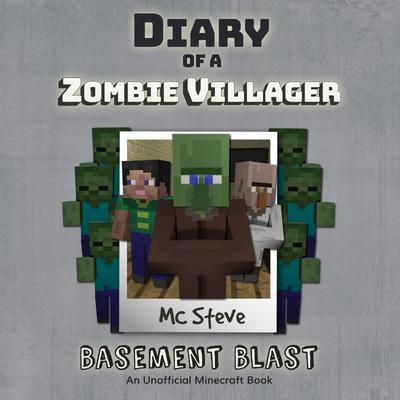 Lewis is a Zombie Villager and is Blacklisted from Anyone he Socializes With! Until One Day Something Happens

Lewis has never been to school before. His best friend, Sebastian, talks him into coming to his school. So he joins the fifth grade at Golden Apple Elementary. He’s not entirely surprised when most of the kids think he is weird, being a zombie and all, but he tries not to let it bother him.

He spends the first few weeks trying to make friends, but nothing seems to work. The other kids make fun of him and laugh at him. But one day, when the school’s basement is infested with zombies, they all turn to him for help.

Can Lewis save the day, and finally make some friends?

Disclaimer: This book is a work of fanfiction; it is not an official Minecraft book. It is not endorsed, authorized, licensed, sponsored, or supported by Mojang AB, Microsoft Corp. or any other entity owning or controlling rights to the Minecraft name, trademarks or copyrights.