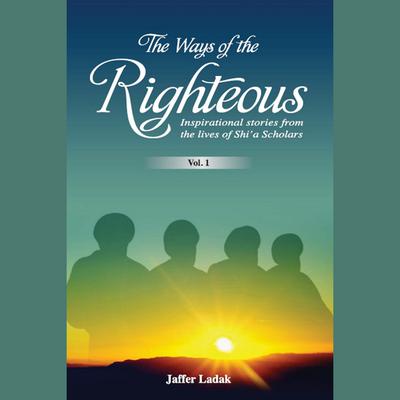 The Ways of the Righteous

Today there is more demand for information about the activities of the scholars than at any other time in the past; there is a growing desire to interact with and learn from religious scholars. Moreover, the degree of enthusiasm and anticipation communities demonstrate when either visiting or being visited by scholars, is quite profound.

Many people, however, feel distanced from Muslim scholars due to barriers of geography and language. Moreover, whilst many Muslims have heard of various scholarly figures and have even read their works or watched videos about them, the scholars are still known very superficially, as revered figures attributed to a place or to a particular family. It is due to the general lack of knowledge about the character and achievements of Muslim scholars that I decided to compile a series of insightful stories from the lives of our scholars, in an attempt to bridge the gap between the Muslim community and these great personalities.

Inspired by the stories of Ayatullah Shahid Baqir al-Sadr’s reaction when observing Saddam’s thirsty guards (Page 56) encircling his house and that of a student asking Ayatullah Sayyid Muhammad Husayni Shirazi what he would do if he had one day left to live, (Page 72) I set about compiling stories from the various biographies and Arabic sources already in circulation. I contacted the offices of the scholars, their family members and numerous scholars from the community, requesting their personal experiences in order to collect stories directly from them and hence, this series also includes a large proportion of previously unpublished stories.

Amongst the primary goals of the series is to introduce the community to contemporary or recently deceased scholars, to remove the aforementioned barriers and encourage a deeper understanding and bond with the general scholarly elite and not a particular few. Thus, whilst there are some anecdotes from scholars of early generations, I have attempted to keep the majority of the stories centred upon contemporary scholars.

Due to the nature of the work and the intended audience, many of the stories have not been translated in their literal sense but rather, the translations convey the essence and objectives of the stories.

An inspirational read for anyone who wants to know more about our pious scholars and how they applied their Islamic values in practice.