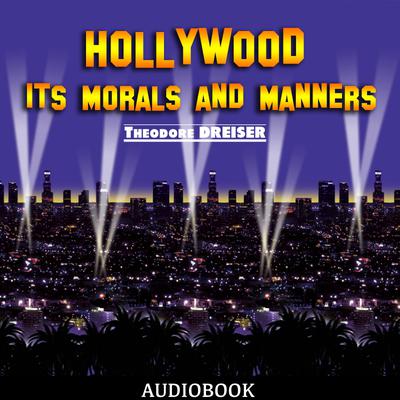 Hollywood: Its Morals and Manners

The motion picture industry is an enigma for many people. While, in the open, everything seems "clean," legitimate and in good order, the seedier, lesser known side of Hollywood has always been somewhat of a legend that everyone seemed to know about, but no one could truly describe in any detailed manner.

Theodore Dresier, famous American author and journalist, wanted to get in behind the scenes of Los Angeles' then still new, yet highly successful movie making industry, to find out about all the less commonly advertised goings-on that one may find here.

Sure enough, he was not disappointed with what he discovered, and Hollywood, Its Morals and Mannerisms has quickly become one of the most famous account about what lies beneath the surface of LA's awe-inspiring movie studios, as well as a warning for all young artists and actors who might want to venture forth with their talents, to become cinema's next great stars.

Dresier's main concern had to do with the recruitment of new talent. Young actors and actresses were often forced into unflattering circumstances either by unscrupulous hiring agents, or by their own desperation and drive to become famous.

Whether it was about employers seeking to exploit new talent for high profits at a low cost, or young women attempting to be seen in public with celebrities in the hopes of catching the eye of a famous Hollywood producer, Dresier's extensive work, divided in four distinct parts, is just about everything you would (or wouldn't) want to know about Hollywood