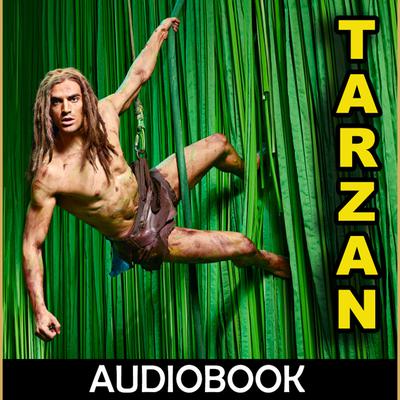 Tarzan of the Apes

Tarzan of the Apes is Burroughs’ exciting, if improbable, story of an English lord, left by the death of his stranded parents in the hands of a motherly African ape who raises him as her own. Although he is aware that he is different from the apes of his tribe, who are neither white nor hairless, he nevertheless regards them as his “people.” When older, larger, stronger apes decide that he an undesirable to be killed or expelled from the tribe, it is fortunate that Tarzan has learned the use of primitive weapons.

Although small and weak by ape standards, Tarzan is a human of god-like strength and agility to men who discover him. By studying these people, he gradually decides he is not an ape at all, but human.

And when he meets Jane, a beautiful American girl marooned with her father and friends on the hostile coast of Africa, Tarzan conceives love for her. When they are unexpectedly rescued before Tarzan can find a way to reveal his feelings to Jane, he determines to become civilized and follow her into the world of people – to find her and wed her, though he must cross continents and oceans, and compete with two other suitors for her hand.

This story was the subject of a successful film in 1932, with Tarzan being played by Johnny Weissmuller, who acted in a further eleven Tarzan films. According to Weissmuller in an interview with Mike Douglas, his famous ape-call was audio stitched together from a soprano, an alto, and a hog-caller!