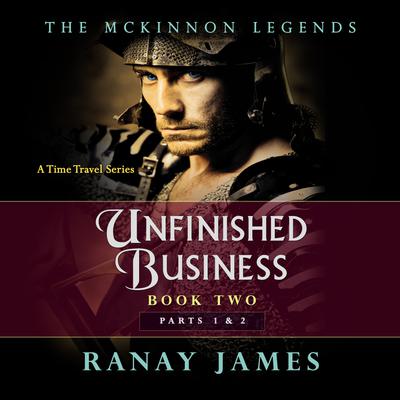 FATE: The development of events beyond a person’s control, regarded as determined by a supernatural power.

Fate can be kind. She can also be a spiteful bitch.
That is something Connor Holden, Earl of Featherstone, has discovered through firsthand experience.
But if he thinks Fate’s a witch… Just wait. He’s about to meet her sisters—Destiny and Luck.
They will make Fate’s deeds look like child’s play.

Part 1:
Just because time travel is possible does not mean time stands still. Connor doesn’t care if it stands still or not. For him time no longer holds any meaning.

Much has happened in the five years since Reagan disappeared through the curtain of time, taking Cullen McKinnon with her in the hope of saving the young knight’s life. The least of those events is Henry’s awarding Connor the titles of Duke of Featherstone and Earl of Rockport. Upon Connor’s request, the earldom was passed into his care to hold until the rightful heir can take possession. No one but Nic, Morgan, and he knew that the heir is Reagan O’Riley. He just has to keep the faith that she will eventually return.

Rafe McKinnon, native Texan and MD, is called in to perform the lifesaving surgery on the young knight Cullen. He follows Reagan into the garden realizing she is adrift and distraught. He wants to help her get home and he vows to do whatever he can, realizing that he just might be her only hope.

Fate, it seems, would agree.

Part 2:
Part Two finds Connor back in King Henry's service. Tucked inside King Louis XII's safe are the blueprints for modern war machines designed by master engineer Leonardo da Vinci. Conner is charged with the delicate and quite illegal task of stealing them back before the French monarch and his military advisers have the opportunity to produce those war machines, which would result in tipping the balance of power in the region.
Connor knows, in taking on this mission, he could lose his life. He doesn't care. Losing Reagan has left him feeling that there is not much left to live for… and even more to die for: king, country, and keeping her safe from the aggressors in a war that would certainly touch English soil should he fail in his mission.
But as long as he draws breath, there is hope that one day Reagan will return. He just has to survive to fight another day.
Will he be able to survive ? The odds are against him. If he does survive, how can he find his way back to the one love of his life?
Pride and jealousy are his fatal flaws. Is true love enough to bridge the gap? If not, then Connor stands to lose far more than just money and power. He stands to lose his heart and his soul.