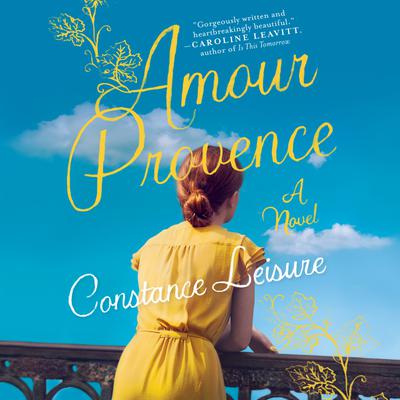 A lush, evocative, debut novel set in Provence about the people who grow up and live and remain in two tiny neighboring villages—from the Nazi occupation to the present day—in particular, one man and one woman who have yet to find love.

In the south of France farm life unfolds with the rhythm of the seasons. But the lives of these villagers in Amour Provence reflect the reality that the midi is a place of extremes, the summers of unbearable heat and the winters that are often rude and harsh. Like the climate, the characters find themselves swept away by storms of unannounced and devastating intensity. A vintner’s adolescent son has a passionate romance with his schoolmate’s mother and they suffer different and enduring consequences. A young Arab woman forced into an arranged marriage, learns that life in the land of Liberté and Egalité can be just as confining as in her own country. A French woman who has lived abroad for many years returns home and discovers that certain members of her family are not pleased to have her back. An unexpected encounter with his past brings new sparks of life to a man who believed he had lost everything, including the only woman he ever loved.

In these two small adjacent villages in the South of France, characters lead lives that overlap and intertwine. Many are close neighbors who have known each other from childhood, linked by ancestors who clung for centuries to their patrimony, the land, which had always been poor, but is now a source of wealth drawn from wine, olives, and tourists. They know a great deal about each other’s hidden passions and weaknesses. Age-old resentments and closely guarded secrets retain their hold but are never to be discussed. Amour Provence is a portrait of lives deeply lived, shadowed by the past, against the backdrop of a region and a nation gripped by change.