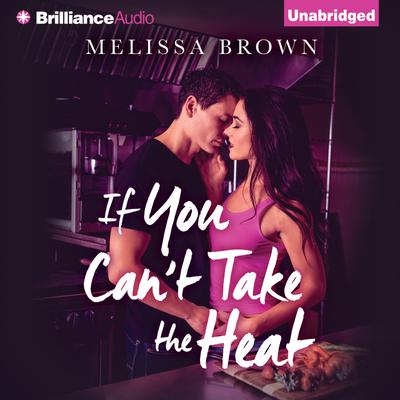 If You Can't Take the Heat

Whitney Bartolina gets what she wants. At just thirty-four, she’s worked her way up from mailroom coordinator to casting director at a major Los Angeles television network and had a string of steamy flings, most recently with movie star Nolan Rivera. But when two of the contestants she casts on a new reality cooking show turn out to be as talented in the bedroom as they are in the kitchen, Whitney may have finally bitten off more than she can chew.

Conducting auditions across the country and looking for a bit of fun after Nolan, Whitney finds it in Chicago with Charlie Hutchins, a deliciously handsome British rugby-player-turned-chef whose spicy Szechuan beef is only the start of his sizzle. Then, in Montana, close encounters with sexy but mild-mannered cowboy and restaurateur Wes Rancourt leave her mouth watering for more.

Back in LA for filming, Whitney soon finds herself caught in a love square with Charlie, Wes, and Nolan, who’s stopping at nothing to win her back. Will she jeopardize her career by mixing business with pleasure, or can she turn up the heat without getting burned?