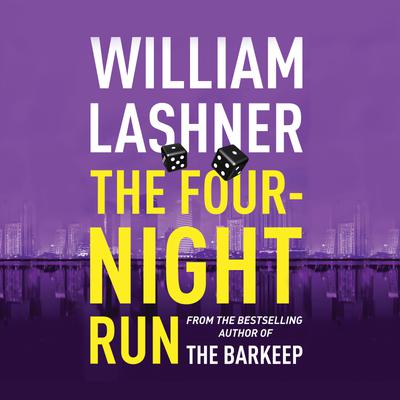 J.D. Scrbacek has just won the biggest trial of his career, but even as he crows to the press, his entire life blows sky-high. Was the bomb meant for him, or for his mobster client? In this seaside casino town where the tables run hot and the tensions run high, the odds say the attorney is a marked man.

Alone and on the run, Scrbacek flees into the city’s forgotten underbelly, a ruined corridor called Crapstown, where he is forced to confront the ghosts of his past, his present, and his future. Somewhere in the sordid stream of his own existence lie the answers he needs. But in order to emerge from the depths of Crapstown, Scrbacek must argue for his life before a jury of the forgotten and the damned. Is he lawyer enough to save his own skin?

From the bestselling author of The Barkeep comes a raucous tale of reckoning, racketeering, and revenge.