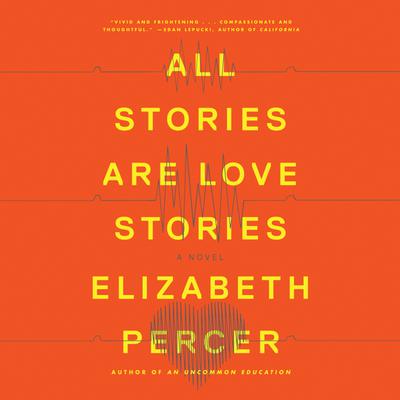 All Stories Are Love Stories

In this thoughtful, mesmerizing tale with echoes of Station Eleven, the author of An Uncommon Education follows a group of survivors thrown together in the aftermath of two major earthquakes that strike San Francisco within an hour of each other—an achingly beautiful and lyrical novel about the power of nature, the resilience of the human spirit, and the enduring strength of love.

On Valentine’s Day, two major earthquakes strike San Francisco within the same hour, devastating the city and its primary entry points, sparking fires throughout, and leaving its residents without power, gas, or water.

Among the disparate survivors whose fates will become intertwined are Max, a man who began the day with birthday celebrations tinged with regret; Vashti, a young woman who has already buried three of the people she loved most…but cannot forgot Max, the one man who got away; and Gene, a Stanford geologist who knows far too much about the terrifying earthquakes that have damaged this beautiful city and irrevocably changed the course of their lives.

As day turns to night and fires burn across the city, Max and Vashti—trapped beneath the rubble of the collapsed Nob Hill Masonic Auditorium—must confront each other and face the truth about their past, while Gene embarks on a frantic search through the realization of his worst nightmares to find his way back to his ailing lover and their home.