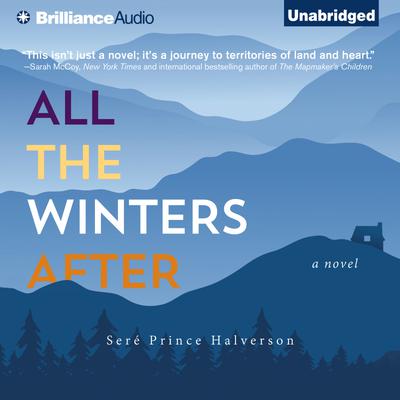 All the Winters After

That's what Kachemak Winkel's mother used to tell him. A lot of mistakes were made that awful day twenty years ago, when she died in a plane crash with Kache's father and brother--and Kache still feels responsible. He fled Alaska for good, but now his aunt Snag insists on his return. She admits she couldn't bring herself to check on his family's house in the woods--not even once since he's been gone.

Kache is sure the cabin has decayed into a pile of logs, but he finds smoke rising from the chimney and a mysterious Russian woman hiding from her own troubled past. Nadia has kept the house exactly the same--a haunting museum of life before the crash. And she's stayed there, afraid and utterly isolated, for ten years.

Set in the majestic, dangerous beauty of Alaska, All the Winters After is the story of two bound souls trying to free themselves, searching for family and forgiveness.