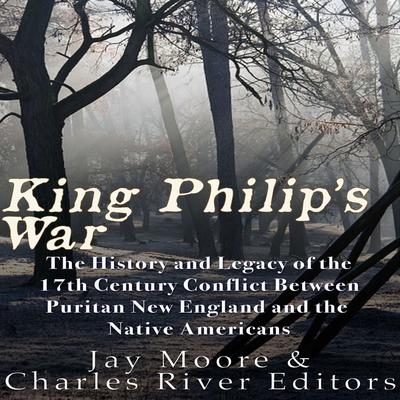 What was the bloodiest war in American history? Most people with at least a little knowledge of history would quickly say that it was the Civil War (1861-65), and they would certainly be correct overall. In recently-updated numbers, it is thought that over 750,000 Americans died in the Civil War from battle wounds, diseases and other causes. In a single day at the battle of Antietam on September 17, 1862, almost 27,000 soldiers were killed, wounded and missing.

However, when historians go farther back in time and include colonial wars and look at casualties per capita, the correct answer would be the much-lesser known conflict known as “King Philip's War” (1675-76). While a significant 2.5% of the U.S. population perished in the Civil War, 5% of New England's white settler population died during King Philip’s War, during which 13 towns were destroyed and 600 dwellings were burned by the natives. A larger, indeterminate number of the native population also died in the war. A hundred thousand pounds, an enormous sum of money in those days, was expended by the colonies in defeating the Indians.

Edward Randolph, who was sent to the colonies a few years after the war, bemoaned just how ruinous and unnecessary the fighting had been: “The losse to the English in the severall colonies, in their habitations and stock, is reckoned to amount to £150,000 there having been about 1200 houses burned, 8000 head of cattle, great and small, killed, and many thousand bushels of wheat, peas and other grain burned (of which the Massachusets colony hath not been damnifyed one third part, the great losse falling upon New Plymouth and Connecticot colonies) and upward of 3000 Indians men women and children destroyed, who if well managed would have been very serviceable to the English, which makes all manner of labour dear. The war at present is near an end. In Plymouth colony the Indians surrender themselves to Gov. Winslow, upon mercy, and bring in all their armes, are wholly at his disposall, except life and transportation; but for all such as have been notoriously cruell to women and children, so soon as discovered they are to be executed in the sight of their fellow Indians.”

King Philip’s War: The History and Legacy of the 17th Century Conflict Between Puritan New England and the Native Americans examines one of the most important wars fought in the colonial era.