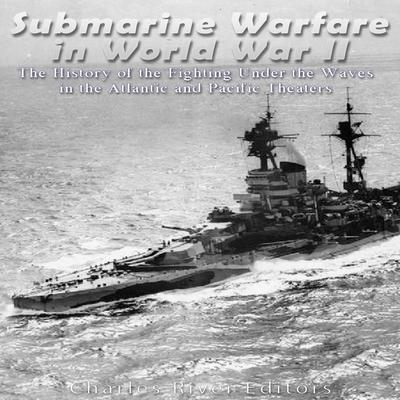 Danger prowled under both the cold gray waters of the North Sea and the shimmering blue waves of the tropical Atlantic during World War II as Adolf Hitler's Third Reich attempted to strangle Allied shipping lanes with U-boat attacks. German and British submarines combed the vast oceanic battlefield for prey, while scientists developed new technologies and countermeasures.

During World War I, German U-boats operated solo except on one occasion.
Initially, the British and nations supplying England with food and materiel scattered vessels singly across the ocean, making them vulnerable to the lone submarines. However, widespread late war re-adoption of the convoy system tipped the odds in the surface ships'
favor, as one U-boat skipper described: “The oceans at once became bare and empty; for long periods at a time the U-boats, operating individually, would see nothing at all; and then suddenly up would loom a huge concourse of ships, thirty or fifty or more of them, surrounded by a strong escort of warships of all types.” (Blair, 1996, 55).

However, even the wolf-pack proved insufficient to defeat the Atlantic convoys and stop Allied commerce – the precise opposite of the Pacific theater, where America's excellent submarine forces annihilated much of Japan's merchant marine and inflicted severe damage on the Imperial Japanese Navy.

Submarines exercised a decisive impact on the outcome of the Pacific Theater in World War II. The U.S. submarine fleet, largely though not exclusively under the overall command of Vice Admiral Charles Lockwood, strangled the supply lines and shipping traffic of the Empire of Japan.
Their commerce raiding crippled both Japan's ability to keep its frontline units supplied and to manufacture the weapons, vessels, and vehicles needed to successfully carry on the struggle.

The United States and Japan both produced excellent, high-tech submarines in the context of the World War II era. Japanese I-boats showed excellent seakeeping capabilities and offered the versatility created by their large size, including the ability to serve as motherships for midget submarines or aircraft carriers for scouting aircraft or even specialized bombers. The Type 93 Long Lance and Type 95 torpedoes they carrier packed enough punch to sink capital ships like battleships and carriers at ranges of several miles.

Though constituting only 1.6% of the total U.S. Navy’s tonnage in the Pacific, the submarine fleet inflicted massive losses on the Imperial Japanese Navy and Japan's crucial merchant marine. Submarines sank 55% of the merchant shipping lost, or approximately 1,300 vessels; overall, the Allies sank 77% of Japan's shipping.

The submarines also sank 214 Japanese warships, including 82 of 1,000 tons or more – 4 carriers, 4 escort carriers, one battleship, 4 heavy cruisers, 9 light cruisers, 38 destroyers, and 23 submarines – or approximately 30% of the entire Imperial Japanese Navy. The sleek, predatory craft made in the shipyards of Virginia, Wisconsin, or Washington state devastated the naval and freighter assets of the Empire of the Rising Sun out of all proportion to their numbers, at a cost of
42 submarines on “Eternal Patrol.”