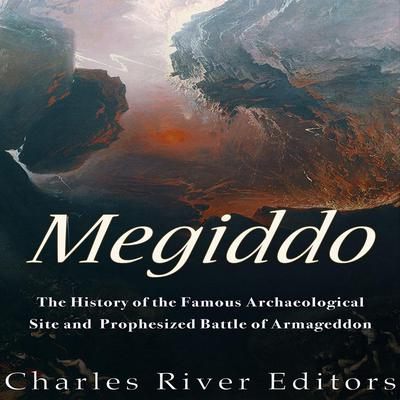 There are not many corners in the world that have seen as many people, civilizations, and armies as Tel Megiddo. Located in the western Jezreel Valley, it once laid upon the Via Maris, an ancient international trade route that connected ancient Egypt to the kingdoms and empires of Palestine, Syria, Anatolia, and Mesopotamia. It is because of this road that Megiddo saw so much carnage and bloodshed throughout its history. Many groups have coveted Tel Megiddo because of its strategic location guarding the entrance/exit of the Aruna Pass, now known as the Musmus Pass. Such groups ranged from the Canaanites, Egyptian, Israelites, Philistines and many others; including more recent states and empires, like the Ottomans, Napoleon’s French empire, and modern Israel. Megiddo’s occupational history, or ages of intensive human occupation, began during the Neolithic Age (c. late-fifth millennium B.C.E.) and ended in the Iron Age (c. late-seventh century B.C.E.). But, according to the New Testament, everyone’s stories will end with the coming of Armageddon, otherwise known as Tel Megiddo.

The history of the archaeological site and the Jezreel Valley is filled with many firsts and many lasts. Perhaps its wide plains were the location of the first recorded battle. It most certainly was the location of the first recorded chariot battle in history when the Pharaoh of Egypt, Thutmosis III of the Eighteenth Dynasty, attacked his former vassals, the Canaanites, after their kings formed a coalition with the Mesopotamian kings during the 15th century B.C.E. Such occurrences of violence and warfare have been common ordeals in the Jezreel Valley, and depending on who partook varied from guerilla-warfare to open-air fighting. The history in the Jezreel Valley had been so repetitively violent that the British General Edmund Allenby replicated, almost exactly, the tactic used by Thutmosis III nearly 3400 years before him when he too attacked Megiddo in 1918.

It is perhaps due to the many battles that the ancient scribes bestowed the image of Armageddon upon Megiddo. After all, the Hebrew words Har Megiddo, simply means the “Mount of Megiddo.” But despite the bloody history of the mound, and its valley, Megiddo’s location was eventually lost to history and only was rediscovered relatively recently.

Megiddo: The History of the Famous Archaeological Site and Prophesized Battle of Armageddon looks at the history of the site, its ruins, and its importance throughout the centuries.