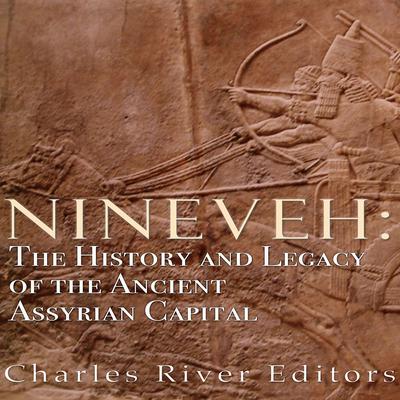 The History and Legacy of the Ancient Assyrian Capital

When scholars study the history of the ancient Near East, several wars that had extremely brutal consequences (at least by modern standards) often stand out. Forced removal of entire populations, sieges that decimated entire cities, and wanton destruction of property were all tactics used by the various peoples of the ancient Near East against each other, but the Assyrians were the first people to make war a science. When the Assyrians are mentioned, images of war and brutality are among the first that come to mind, despite the fact that their culture prospered for nearly 2,000 years.

Like a number of ancient individuals and empires in that region, the negative perception of ancient Assyrian culture was passed down through Biblical accounts, and regardless of the accuracy of the Bible’s depiction of certain events, the Assyrians clearly played the role of adversary for the Israelites. Indeed, Assyria (Biblical Shinar) and the Assyrian people played an important role in many books of the Old Testament and are first mentioned in the book of Genesis: “And the beginning of his kingdom was Babel and Erech, and Akkad, and Calneh, in the land of Shinar. Out of that land went forth Ashur and built Nineveh and the city Rehoboth and Kallah.” (Gen. 10:10-11).

Although the Biblical accounts of the Assyrians are among the most interesting and are often corroborated with other historical sources, the Assyrians were much more than just the enemies of the Israelites and brutal thugs. Among all the cities that thrived in the ancient Near East, few can match the opulence and ostentatiousness of Nineveh, the capital of the Assyrian Empire for much of the seventh century BCE. During that time it became known for its mighty citadels, grand palaces, beautiful gardens, and even its zoos. In fact, the beauty of Nineveh, especially its gardens, impressed later writers so much that they assigned its gardens as one of the original Seven Wonders of the World, except unfortunately for Nineveh’s memory, the location was placed in Babylon. The confusion that assigned one of the Wonders of the World to Babylon instead of Nineveh is in fact a large part of Nineveh’s history – it was a great city during its time, but incessant warfare brought the metropolis to oblivion and eventually its history was forgotten or distorted.

An examination of Nineveh demonstrates that in many ways it was the victim of the people who built it. When Nineveh was at its height, they controlled an empire that encompassed Egypt, Anatolia, Mesopotamia, and parts of Iran. Eventually, the Assyrians overextended themselves and their enemies overthrew them and destroyed much of their cities. Nineveh became lost for centuries, only mentioned in fragments by classical Greek historians, but modern archaeological methods were able to bring the lost city back to life in the nineteenth century. Today, through a combination of archaeological reports, classical Greek accounts, and ancient cuneiform inscriptions, the chronology of Nineveh can be reconstructed. An examination reveals that Nineveh played a vital role in the religious and political history of the ancient Near East and despite suffering immense damage at the hands of the Assyrians’ enemies, continued to function as an important city for several centuries after the Assyrian Empire collapsed.

Nineveh: The History and Legacy of the Ancient Assyrian Capital traces the history and legacy of one of the most influential cities of antiquity.