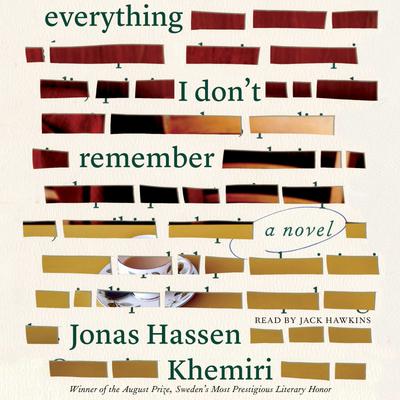 Everything I Don't Remember

A 2016 Times Literary Supplement Book of the Year, as Chosen by Joyce Carol Oates

Winner of the August Prize, Sweden’s most prestigious literary honor, and from one of Sweden’s most celebrated and famous young writers, an innovative and gripping murder mystery that reads like a combination reminiscent of Herman Koch’s The Dinner, Celeste Ng’s Everything I Never Told You, and the hit podcast Serial.

A young man named Samuel dies in a horrible car crash. Was it an accident or was it suicide? To answer that question, an unnamed writer with an agenda of his own sets out to map Samuel’s last day alive. Through conversations with friends, relatives, and neighbors, a portrait of Samuel emerges: the loving grandchild, the reluctant bureaucrat, the loyal friend, the contrived poseur—the young man who did everything for his girlfriend Laide and shared everything with his best friend Vandad. Until he lost touch with them both.

By piecing together an exhilarating narrative puzzle, we follow Samuel from the first day he encounters the towering Vandad to when they become roommates. We meet Panther, Samuel’s self-involved childhood friend whose move to Berlin indirectly cues the beginning of Samuel’s search for the meaning of love—which in turn leads Samuel to Laide. Soon, Samuel’s relationship with Laide leads to a chasm in his friendship with Vandad, and it isn’t long before the lines between loyalty and betrayal, protection, and peril get blurred irrevocably.

Told with Khemiri’s characteristic stylistic ingenuity, this is an emotional roller coaster ride of a book that challenges us to see ourselves—and our relationships to the closest people in our lives—in new and sometimes shocking ways. Everything I Don’t Remember is “a very original tour de force that still vibrated in my mind long after I had read the last page” (Herman Koch, New York Times bestselling author).