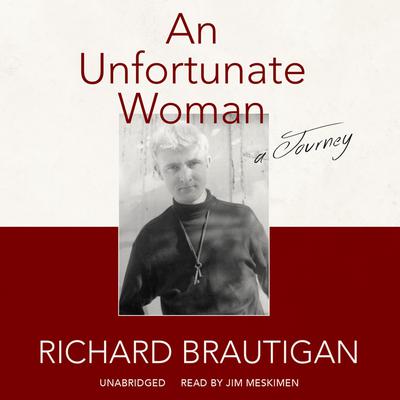 This is Richard Brautigan's last novel, published posthumously in 2000, now in audio for the first time.Richard Brautigan was an original-brilliant and wickedly funny. His books resonated with the 1960s, making him an overnight counterculture hero. Taken in its entirety, his body of work reveals an artistry that outreaches the literary fads that so quickly swept him up.Dark, funny, and exquisitely haunting, his final book-length fiction explores the fragile, mysterious shadowland surrounding death. Told with classic Brautigan wit, poetic style, and mordant irony, An Unfortunate Woman assumes the form of a peripatetic journal chronicling the protagonist's travels and oblique ruminations on the suicide of one woman and the death of a close friend from cancer.After Richard Brautigan committed suicide, the manuscript of An Unfortunate Woman was found among his possessions by his only child, daughter Ianthe Brautigan. It had been completed over a year earlier but was still unpublished at the time of his death. Finding that it was too painful to face her father's presence page after page, she put the manuscript aside.Years later, having completed a memoir about her father's life and death, Ianthe Brautigan reread An Unfortunate Woman, and finally, clear-eyed, she saw that it was her father's work at its best and had to be published.

Notice to our customers about An Unfortunate Woman