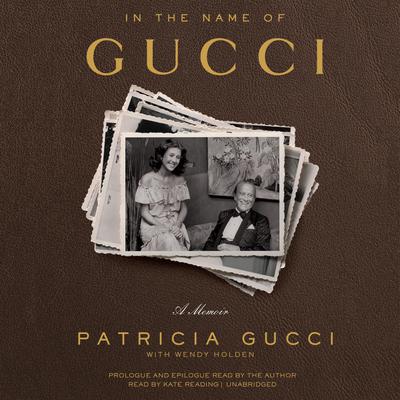 In the Name of Gucci

The gripping family drama and never-before-told love story surrounding the rise and fall of the late Aldo Gucci, the man who is responsible for making the Italian fashion label the powerhouse it is today, told by his daughterPatricia Gucci was born a secret: the love child whose birth could have spelled ruination for her father, Aldo Gucci. It was 1963, the halcyon days for the "must-have" brand of Hollywood and European royalty. Patricia's mother gave birth in secret in London before she was smuggled back to Vatican City and hidden from the fashion world, the media, and the rest of the Gucci family. Aldo couldn't afford a public scandal, but he could not resist his feelings for Patricia's mother, Bruna, the paramour he first met when she worked for him as a shop girl in Rome.In In the Name of Gucci, Patricia Gucci charts her parents' untold love story, relying on her own childhood memories as well as an archive of love letters and interviews with her mother. She interweaves her parents' story with that of her own relationship with her father-from a little girl who remained a secret for eighteen months and wasn't publicly acknowledged for her first decade, through her rise to become Gucci's ambassador and Aldo's protege, to the moment when Aldo's three sons, who betrayed him in a famous palace coup, were disinherited and Patricia-once considered the shame of Gucci-was made sole universal heir. It is an epic tale of love and loss, betrayal and loyalty, sweeping among Italy, England, and America throughout the tumultuous years during the rise and fall of the House of Gucci.

Notice to our customers about In the Name of Gucci