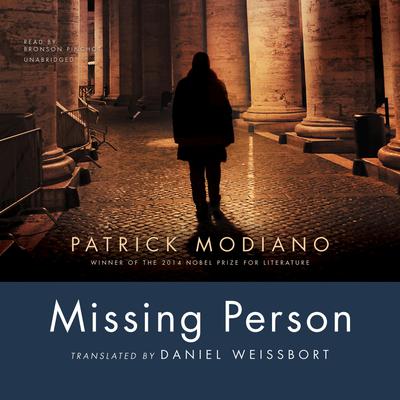 In this strange, elegant novel, Patrick Modiano portrays a man in pursuit of the identity he lost in the murky days of the Paris Occupation, the black hole of French memory.For ten years Guy Roland has lived without a past. His current life and name were given to him by his recently retired boss, Hutte, who welcomed him, a one-time client, into his detective agency. Guy makes full use of Hutte's files-directories, yearbooks, and papers of all kinds going back half a century-but leads to his former life are few. Could he really be that person in a photograph, a young man remembered by some as a South American attache? Or was he someone else, perhaps the disappeared scion of a prominent local family? He interviews strangers and is tantalized by half-clues until, at last, he grasps a thread that leads him through a maze of his own repressed experience.On one level Missing Person is a detective thriller, a 1950s, film noir mix of smoky cafes, illegal passports, and insubstantial figures crossing bridges in the fog. On another level it is also a haunting meditation on the nature of the self. Modiano's spare, hypnotic prose, superbly translated by Daniel Weissbort, draws listeners into the intoxication of a rare literary experience.

Notice to our customers about Missing Person