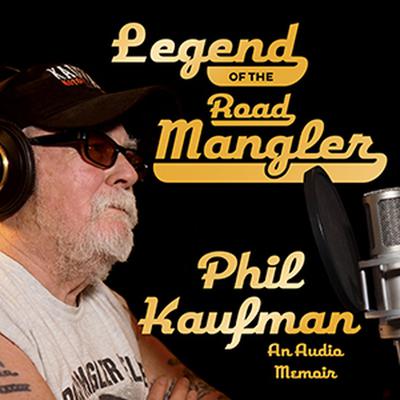 Legend of the Road Mangler

Mick Jagger has described Phil Kaufman, America's legendary road manager, as the entertainment industry's "executive nanny." In Legend of the Road Mangler, Kaufman tells the stories of his adventures on the road with the Rolling Stones, Frank Zappa, Gram Parsons, the Flying Burrito Brothers, Joe Cocker, Etta James, Emmylou Harris, Rosanne Cash, Marty Stuart, Nanci Griffith, and many others.In addition to road managing, he's been an airman, an inmate, and (briefly) Charles Manson's record producer. To fulfill a promise, he once borrowed a hearse, stole Gram Parsons' body, and cremated it in the desert. You'll hear the whole story as only Kaufman can tell it, along with the voices of some of the artists who know him best. Legend of the Road Mangler is a must-listen for music fans who love to know what goes on behind the scenes, on the bus, after the show, and out in the desert.

Notice to our customers about Legend of the Road Mangler