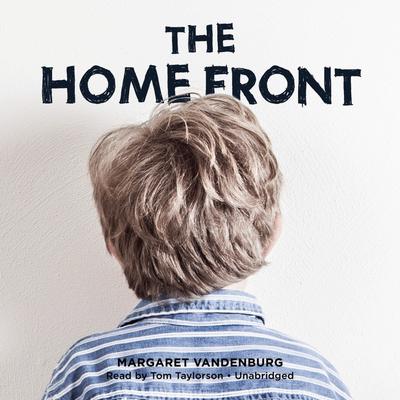 The Barrons like to think of themselves as a typicalAmerican family. Never mind the fact that Todd drops bombs on Afghan targetsone minute and sits down to dinner with his wife and kids the next. A dronepilot stationed in Nevada, he manages to compartmentalize the conflicting demandsof combat and family life—until their son, Max, is diagnosed with autism.

His wife, Rose, deploys an army of specialists,surfing the outer limits of the web for a miracle cure. Meanwhile, Max clingsto compulsive isolation and order—wearing the same tan clothes, eating the sameround foods, lining up trucks or Legos or whatever else needs to be lined up—tofend off the chaos of normalcy.

TheHome Front is both deeply personal and culturally relevant, afamily portrait of the uncanny connection between autism, drone warfare, andvirtual reality. Without a real diagnosis of the problem, the prognosis isn’tgood.

Notice to our customers about The Home Front