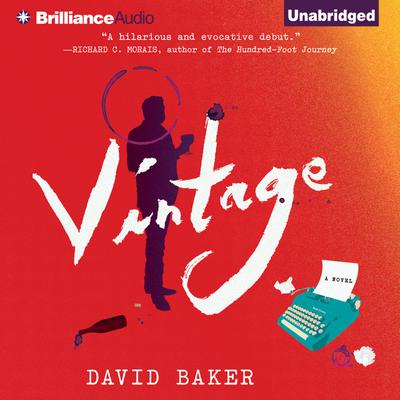 A humorous and evocative debut novel about a food journalist’s desperate attempt to save his career—and possibly, his marriage—by tracking an extremely valuable bottle of wine stolen by the Nazis over half a century ago.

Ten years ago, Bruno Tannenbaum was a passionate food journalist with a respected newspaper column, a popular segment on the evening news, and a bestselling guide to relationships through food. These days, Bruno is a passionate “has-been” living on his mother’s couch, separated from his wife and daughters, eating his way through an ever-dwindling bank account, faced with the gnawing doubt that he’ll never be the writer he once was.

Then Bruno stumbles on the secret to a “lost vintage” of wine, stolen by the Nazis during the Second World War and presumed lost to the world for good. Recognizing his one chance at reviving his career, he scrapes together his last resources and sets off on an exciting food-filled quest that leads him from the rolling hills of Burgundy to a raucous wedding in Moldova, to a Beaune Bacchanal, and the greying walls of a Russian prison, as he attempts to find this extremely valuable wine and prove himself as the writer, father, and husband he knows he can be.

Vintage is an exhilarating debut that reads like a delectable food memoir combined with a comic travelogue, including mouthwatering recipes and wine pairings. It is a deliciously scintillating story.