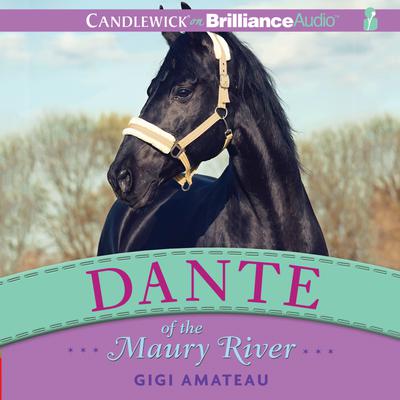 Dante of the Maury River

Handsome but headstrong, a retired racehorse finds a second chance in eventing in this affecting, fast-paced novel told straight from the horse's mouth.

When Dante's Inferno is born early, on a February night, there are great expectations for him. He may be the grandson of the greatest racehorse in modern times, but Dante's start proves a rough one: he doesn't bond with many people, as they always seem to be either poking and prodding him or trying to get him to fulfill their dreams. When Dante fails to live up to his bloodline, he ends up at a Thoroughbred rescue facility run by rehabilitating prisoners and is later adopted as a project horse for a student named Ashley at the Maury River Stables.

It's not easy for Dante to befriend other horses, but slowly Daisy and Napoleon let him into the fold, and Ashley begins to work with him to learn dressage and jumping in hopes that he'll find redemption as an eventing horse. Can Dante put his fears aside enough to succeed on the cross country course?

Narrated from Dante's point of view, this is a story that animal lovers will cherish.