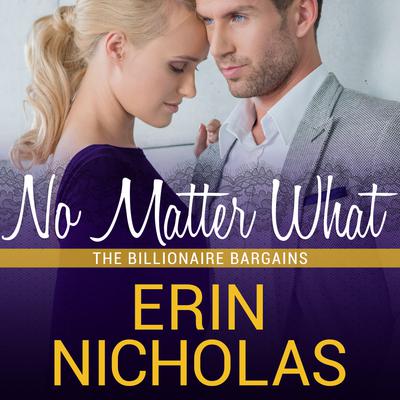 Handsome billionaire Adam Steele is good at getting his way. If nothing else, money always works—until he realizes he can't buy his daughter’s way out of her new wheelchair. Three private physical therapists later, he’s almost given up on Emily walking again. Then he meets Dr. Jaden Monroe.

Feisty physical therapist Jaden Monroe has never met a man quite like Adam. She's not sure if it's his I'm-in-charge attitude or the heat in his eyes when he looks at her, but she finds herself wanting to say yes to anything he asks. Like when he asks her to help his daughter walk again. Of course, the million dollars he offers—just enough to finish the pediatric rehab wing Jaden has been working for and dreaming of—is hard to say no to as well.

But Jaden didn't anticipate a teen whose injuries are more than physical. Or a man so passionate and devoted. As she and Adam fight their attraction, the only thing harder than keeping her promise will be keeping a hold on her heart.

No Matter What
Erin Nicholas

Handsome billionaire Adam Steele is good at getting his way. If nothing else, money always works—until he realizes he can't buy his daughter’s way out of her new wheelchair. Three private physical therapists later, he’s almost given up on Emily walking again. Then he meets Dr. Jaden Monroe. 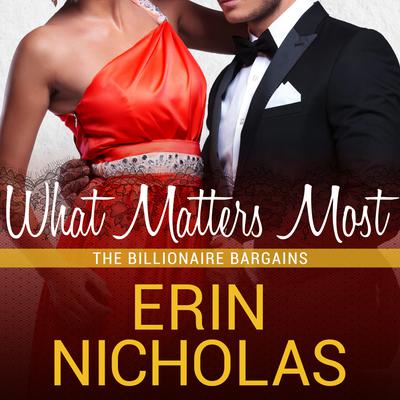 What Matters Most
Erin Nicholas

Things come easy to Tony Steele. Money. Women. A good time. It's all a piece of cake. Until that cake turns into the wedding cake of Tony's best friend and the woman of Tony's dreams, Reese Chaplin. Tony can't fix this problem by writing a check. And when Tony finds out that his "friend" has been cheating on Reese, he doesn't hesitate to stea Read more »l... 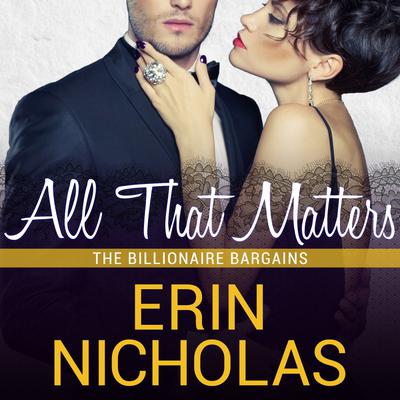 All That Matters
Erin Nicholas

When billionaire Emily Steele breaks off her eight-year relationship with the only boy she's ever dated, she quickly realizes that she has a lot to learn about men. A friend's bachelorette party in New Orleans is the perfect place to get in touch with her inner vixen, but her overprotective uncle's determination to keep her safe means that she' Read more »s...