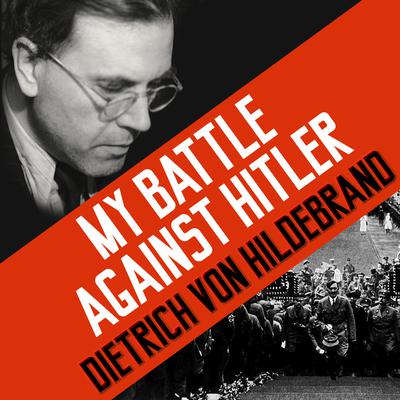 My Battle Against Hitler

Faith, Truth, and Defiance in the Shadow of the Third Reich

Dietrich von Hildebrand was a German-Catholic thinker and teacher who, in response to the rise of Nazism, devoted the full force of his intellect to doing public battle with Hitler for the hearts and minds of the German people.

In My Battle Against Hitler, von Hildebrand tells of the scorn and ridicule he endured for sounding the alarm when many still viewed Hitler as a positive and inevitable force. He tells how he defiantly challenged Nazism in the public square, prompting the German ambassador in Vienna to describe him to Hitler as "the architect of the intellectual resistance." And throughout it all, he conveys his unwavering trust in God, even during his harrowing escape from Vienna and his desperate flight across Europe, with the Nazis always just one step behind.