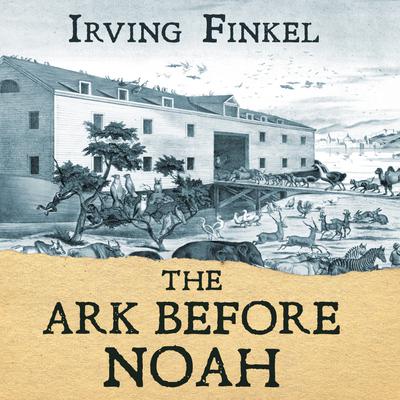 The Ark Before Noah

Decoding the Story of the Flood

Since the Victorian period, it has been understood that the story of Noah, iconic in the Book of Genesis, and a central motif in Judaism, Christianity and Islam, derives from a much older story that existed centuries before in ancient Babylon. But the relationship between the Babylonian and biblical traditions was shrouded in mystery. Then, in 2009, Irving Finkel, a curator at the British Museum and a world authority on ancient Mesopotamia, found himself playing detective when a member of the public arrived at the museum with an intriguing cuneiform tablet from a family collection. Not only did the tablet reveal a new version of the Babylonian Flood Story; the ancient poet described the size and completely unexpected shape of the ark, and gave detailed boat building specifications. Decoding this ancient message wedge by cuneiform wedge, Dr. Finkel discovered where the Babylonians believed the ark came to rest and developed a new explanation of how the old story ultimately found its way into the Bible. In The Ark Before Noah, Dr. Finkel takes us on an adventurous voyage of discovery, opening the door to an enthralling world of ancient voices and new meanings.