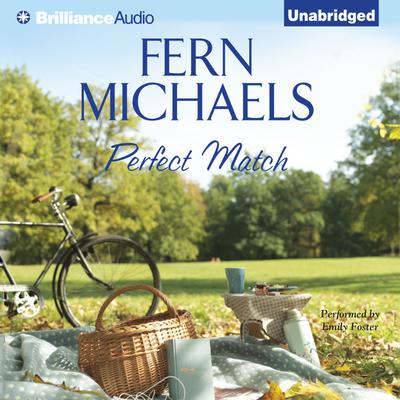 USA Today and #1 New York Times bestselling author Fern Michaels “never disappoints” (RT Book Reviews). In a heartfelt and engaging new novel, she weaves a story of second chances and determination, as an injured ex-athlete becomes the owner of a matchmaking business.

As far as former NFL star Jake Masters is concerned, dreams are risky propositions. Years ago he came achingly close to achieving his ambition of playing in the Super Bowl—before a spinal injury ended his career. Confined to a wheelchair, unwilling to take a chance on another risky surgery that could restore his mobility, Jake now stays cocooned behind the imposing gates of his lavish home.

But his twin sister, Beth, has no intention of letting him languish there forever. After years of flitting from one failed business idea to another, all fueled by Jake’s generosity, she now owns a highly lucrative matchmaking service. And she’s gifting the business to Jake—whether he likes it or not—while she follows her dreams of making it as a singer in Nashville.

Though Jake had plenty of women falling all over him at the peak of his success, he knows nothing about matchmaking. He’s willing to try for his sister’s sake, and it’s soon clear that he needs an assistant. Enter Gracie Sweet, whose slender frame belies a take-no-charge toughness that would put any linebacker to shame. Grace begins by revamping the business and soon she’s overhauling Jake’s entire life—and to his huge surprise, Jake’s enjoying it. But when their clients become victims of theft, Gracie and Jake must reconcile their very different outlooks if they’re to have any chance of saving the business…and if Jake is to make another play for the life he thought he lost.…