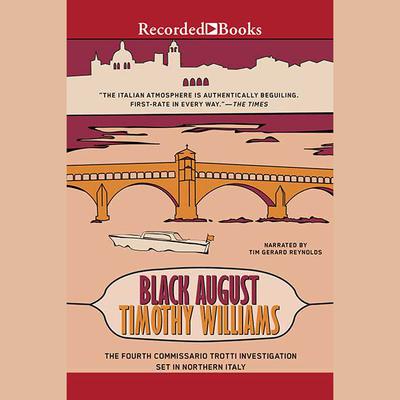 TARGET CONSUMER: Crime fiction readers; Italophiles; readers of authors like Magdalen Nabb, Donna Leon, Andrea Camilleri and other writers who capture mid-20th century Italy in their works The fourth book in Timothy Williams's critically acclaimed Commissario Trotti series, originally published in the 1980s. When a brutally battered corpse with a disfigured face turns out to be an old friend of Commissario Trotti's, he joins the manhunt, despite objections from his superiors. Follows the $9.99 reissue of Converging Parallels. In 2011, Timothy Williams was selected by the UK's Observer as one of the top 10 modern European crime novelists because of his work on this long out-of-print series, which Soho is excited to bring back into print in this attractive new package. Commissario Trotti of Italy's Polizia di Stato is called to the scene of a brutal murder. Despite the badly disfigured face on the corpse, Trotti recognizes it as schoolteacher Rosanna Belloni, an old friend of . His superiors warn him off the case, but Trotti is determined to hunt down the killer. First he must find Rosanna's missing sister, a known drug addict. But the deeper he digs, the more questions he is forced to ask himself. Is a recent, unexplained suicide in the River Po connected with the murder? Where does the discovery of a car dredged up from the Delta fit in? Faced with a seemingly unsolvable mystery, Trotti must also grapple with obstructive colleagues and the problems arising in his private life. With its brilliantly realized Italian setting, subtle plotting and fine characterization, Black August is a must-have addition to Timothy Williams's critically acclaimed Trotti series. Praise for Black August "Trotti is a subtle and convincing creation; the other characters are portrayed with depth and sensitivity, and the Italian atmosphere is authentically beguiling. First-rate in every way." --The Times "[Williams's] simple but stylish dialogue-driven prose is convincingly Continental, his plotting impeccable." --Time Out "Williams writes like an angel. He does, but thank Beelzebub, it's a mongrel angel with a bit of fiend about him." --Oxford Times "Ingenious and evocative." --Literary Review Series Overview: Commissario Piero Trotti investigates crime in a small, unnamed city on the river Po in northern Italy. Set against the backdrop of the political unrest reshaping Italian cities after the "Italian miracle" of the mid-20th century, the Trotti novels capture a historical moment with grace, subtlety, and authenticity. Author Bio: CWA award-winning author Timothy Williams has written five crime novels set in Italy featuring Commissario Piero Trotti, as well as two mysteries set on the French Caribbean island of Guadeloupe (Another Sun and The Honest Folk of Guadeloupe). In 2011, the Observer placed him among the ten best modern European crime novelists. Born in London and educated at St. Andrews, Williams has taught at the universities of Poitiers in France, Bari and Pavia in Italy, and at Jassy in Romania. He has lived in the French West Indies, where he teaches, since 1980. Publicity and Marketing Book reviews and crime columns, general interest magazines, mystery pub and sites. Consumer Facing Digital Advertisement: Litbreaker, Outbrain, AdWords and Goodreads. Bookstore and library downloadable excerpt. Email Marketing: Solicitation and outreach via our Library, Lit Blogger & General interest lists. Social Media outreach via Twitter, Goodreads and Facebook. 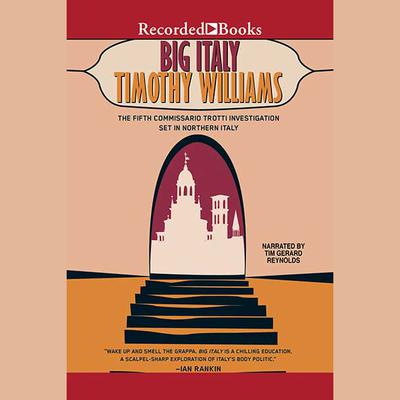 Northern Italy, 1993: After what seems like several lifetimes as a policeman in the Questura, Commissario Trotti is ready for retirement. Soon, he'll be able to fulfill his dream of moving to the countryside villa he co-owns with his cousin, where his daily business will be tending to goats and chickens. But despite Trotti's stubbornly... Read more » 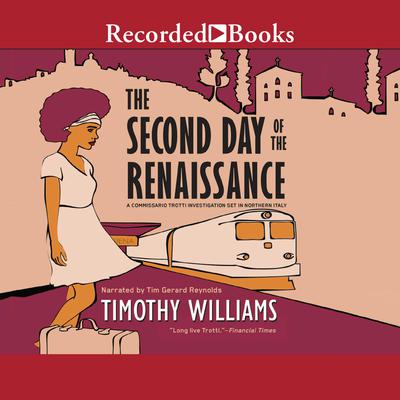 The Second Day of the Renaissance
Timothy Williams

The Second Day of the Renaissance

Timothy Williams was selected by The Observer as one of the "10 Best Modern European Crime Writers" for his series featuring Northern Italian police detective Piero Trotti. Now, 20 years after his last investigation, Trotti returns! After decades as a commissario in his city on the River Po, Piero Trotti has retired. But his newfound peace is... Read more »