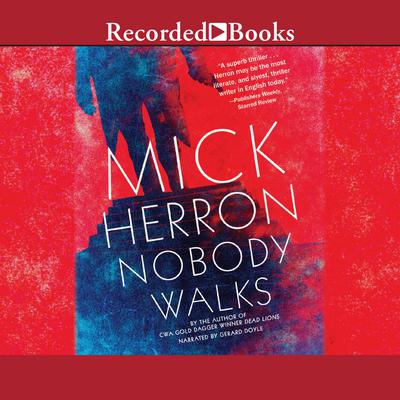 TARGET CONSUMER: Crime fiction readers; espionage readers; thriller readers; Anglophiles The death of Tom Bettany's estranged 26-year-old son brings him back to London. His return sparks the interest of everyone from mobsters to MI5 officers--he may have thought he left his old life as a spy behind, but nobody just walks away. Mick Herron's previous spy novel, Dead Lions, won the 2013 CWA Gold Dagger, garnering attention both in the US and UK. These thrillers are complex and contemporary, with an unexpected dose of wry humor. Herron's writing has often been compared with that of John le CarrE. Herron is steadily gaining traction each year in the US, and there have been several film inquiries about the Slough House series. The long-awaited new novel by British espionage fiction master Mick Herron, the author of 2013 Crime Writers' Association Gold Dagger-winning novel Dead Lions. Tom Bettany is working at a meat processing plant in France when he gets the voicemail from an English woman he doesn't know telling him that his estranged 26-year-old son is dead. Liam was smoking dope on his London balcony when he fell. Now for the first time since he cut all ties years ago, Bettany returns home to London to find out the truth about his son's death. It may be the guilt he feels about losing touch with his son that's gnawing at him, or maybe he has actually put his finger on a labyrinthine plot, but either way he is going to get to the bottom of the tragedy, no matter whose feathers he has to ruffle. But there are many people who are interested to hear Bettany is back in town, from incarcerated mob bosses to the highest echelons of MI5. He might have thought he'd left it all behind, but nobody really just walks away. Praise for Dead Lions Winner of the 2013 Crime Writers' Association Gold Dagger Award for Best Crime Novel of the Year A BBC Front Row Best Crime Novel of 2013 "A great romp."--Jeff Park, BBC Front Row "Clever and funny."--The Times "A well-written, wickedly clever send-up of the classic British spy novel."--Crime Writers' Association Gold Dagger Judges "If you like your suspense novels told with a smart dash of wit and sarcasm, filled with lots of twists and turns, Herron's your man." --Shelf Awareness "Herron provides a dour, twisty spy thriller with something for everyone: part post-Cold War miasma, part James Bond heroics, and elliptical withal."--Kirkus Reviews "Herron delivers unbeatable entertainment for thriller fans."--Library Journal, Starred Review Author Bio: Mick Herron was born in Newcastle and has a degree in English from Balliol College, Oxford. He is the author of two books in the Slough House series, Slow Horses and Dead Lions, as well as a mystery series set in Oxford. He lives in Oxford and works in London. Publicity and Marketing The follow-up to the CWA Gold-Dagger Award-winning DEAD LIONS, we see this as the breakout book for Herron with reviewers. Print Advertising: LIBRARY JOURNAL, PUBLISHERS WEEKLY, CRIMESPREE, MYSTERY SCENE, STRAND Digital Advertising: SHELF AWARENESS PRO, GOODREADS 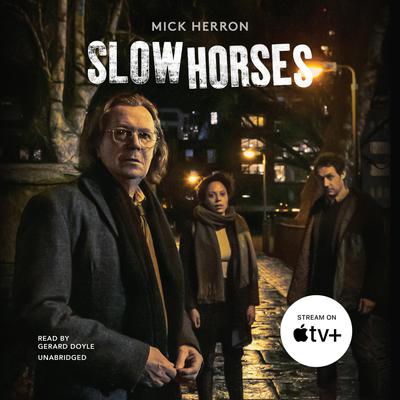 Slough House is a dumping ground for British intelligence agents who’ve screwed up a case in any number of ways—by leaving a secret file on a train or blowing a surveillance. River Cartwright, one such “slow horse,” is bitter about his failure and about his tedious assignment transcribing cell phone conversations.When a young man is abducted and... Read more » 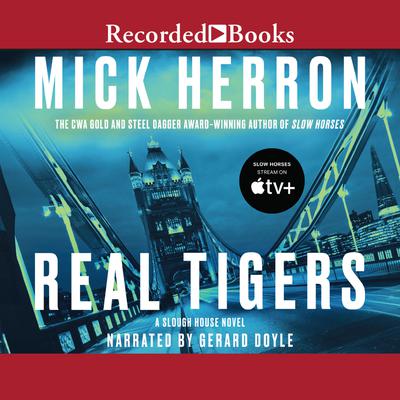 The next installment in Mick Herron's wry, clever CWA Gold Dagger-winning Slough House series. The Bond-esque River Cartwight and his group of defunct MI5 spies, headed by the irascible Jackson Lamb, will do anything to get back into the game. When a member of London's Slough House--MI5's stable for disgraced spies, so-called "slow horses"--is... Read more »

TARGET CONSUMER: Crime fiction readers; espionage readers; thriller readers; Anglophiles The death of Tom Bettany's estranged 26-year-old son brings him back to London. His return sparks the interest of everyone from mobsters to MI5 officers--he may have thought he left his old life as a spy behind, but nobody just walks away. Mick Herron's... Read more » 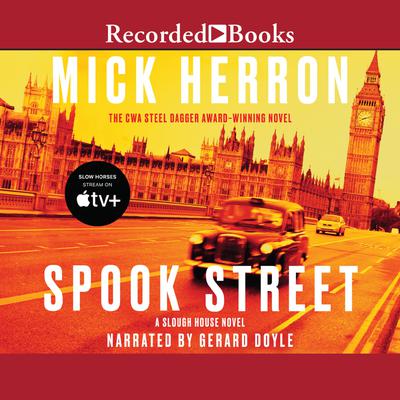 A thrilling fourth installment in the CWA Gold Dagger-winning Slough House series. What happens when an old spook loses his mind? Does the Service have a retirement home for those who know too many secrets but don't remember they're secret? Or does someone take care of the senile spy for good? These are the questions River Cartwright must ask... Read more » 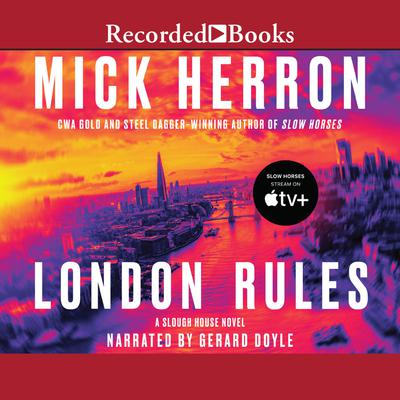 The fifth entry in the CWA Gold Dagger-winning Slough House series featuring Jackson Lamb London Rules might not be written down, but everyone knows rule one: Cover your arse. At MI5 headquarters Regent's Park, First Desk Claude Whelan is learning this the hard way. Tasked with protecting a beleaguered prime minister, he's facing attack from all... Read more » 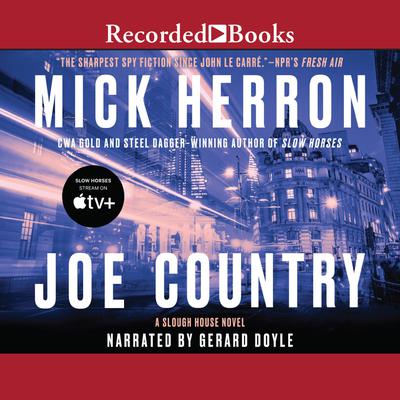 If Spook Street is where spies live, Joe Country is where they go to die. In Slough House, the London outpost for disgraced spies MI5, memories are stirring, all of them bad. Catherine Standish is buying booze again, Louisa Guy is raking over the ashes of lost love, and new recruit Lech Wicinski, whose sins make him outcast even among the slow... Read more » 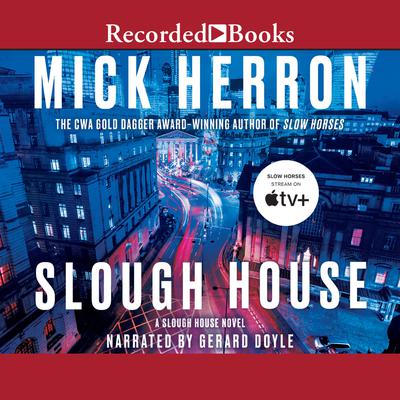 At Slough House—MI5’s London depository for demoted spies—Brexit has taken a toll. The “slow horses” have been pushed further into the cold, Slough House has been erased from official records, and its members are dying in unusual circumstances, at an unusual clip. No wonder Jackson Lamb’s crew is feeling paranoid. But are they actually targets? ... Read more » 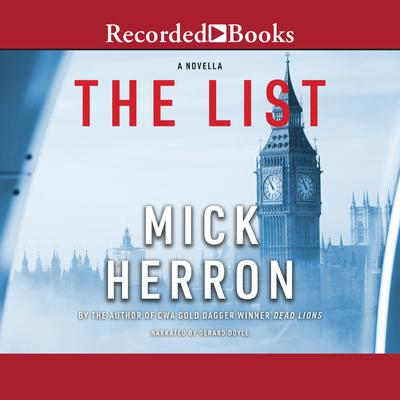 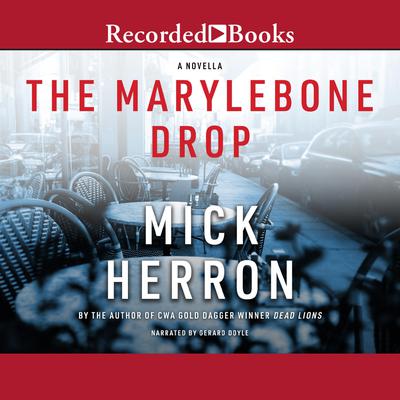 A drop, in spook parlance, is the passing on of secret information. It's also what happens just before you hit the ground. Old spooks carry the memory of tradecraft in their bones, and when Solomon Dortmund sees an envelope being passed from one pair of hands to another in a Marylebone cafe, he knows he's witnessed more than an innocent... Read more » 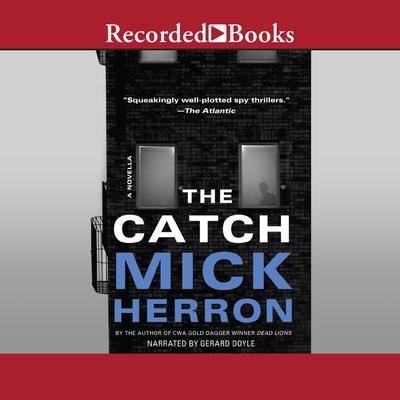 British spy master Mick Herron returns with an explosive novella set in the same world as his multiple CWA Daggerwinning Slough House series John Bachelor is the saddest kind of spy: not a joe in the field, not even a desk jockey, but a milkmana part-time pension administrator whose main job is to check in on aging retired spies. Late in his... Read more »