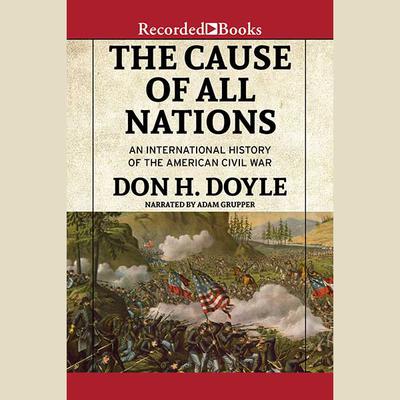 The Cause of All Nations

An International History of the American Civil War

When Abraham Lincoln delivered the Gettysburg Address, he realized that the Civil War had taken on a wider significance-that in Europe and Latin America people were watching to see whether the democratic experiment in "government by the people" would "perish from the earth." In The Cause of All Nations, distinguished historian Don H. Doyle explains that the Civil War was more than an internal American conflict; it was a struggle that spanned the Atlantic Ocean. This book follows the agents of the North and South who went abroad to tell the world what they were fighting for, and the foreign politicians, journalists, and intellectuals who told America and the world what they thought this war was really about-or ought to be about. Foreigners looked upon the American contest as an epic battle in a grand historic struggle that would decide the fate of democracy as well as slavery for generations to come. A bold account of the international dimensions of America's defining conflict, The Cause of All Nations frames the Civil War as a crucial turning point in the global struggle over the future of democracy.