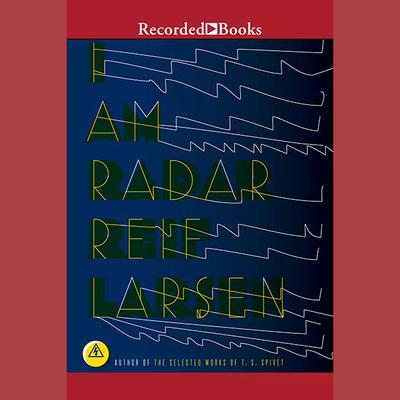 In this kaleidoscopic novel, a love-struck radio operator discovers a secret society offering mind-bending performance art in war zones around the world. In 1975, a black child named Radar Radmanovic is mysteriously born to white parents. Though Radar is raised in suburban New Jersey, his story rapidly becomes entangled with terrible events in Yugoslavia, Norway, Cambodia, the Congo, and beyond. Falling in with a secretive group of puppeteers and scientists-who stage experimental art for people suffering under war-time sieges- Radar is forced to confront the true nature of his identity. In I Am Radar, acclaimed novelist Reif Larsen-the author of The Selected Works of T. S. Spivet-delivers a triumph of storytelling at its most primal, elegant, and epic. In the wreckage of the twentieth century, the characters of I Am Radar hunt for what life and art can still be salvaged. During the civil wars of Yugoslavia, two brothers walk shockingly different paths: one into the rapacious paramilitary forces terrorizing the countryside, the other into the surreal world of besieged Belgrade. In arctic Norway, resistance schoolteachers steal radioactive material from a secret Nazi nuclear reactor to stage a dramatic art performance, with no witnesses. In the years before Cambodia's murderous Khmer Rouge regime, an expatriate French landowner adopts an abandoned native child and creates a lifelong scientific experiment of his new son's education. In the modern-day Congo, a disfigured literature professor assembles the world's largest library in the futile hope that the books will cement a peace in the war-torn country. All of these stories are united in the New Jersey Meadowlands, where a radio operator named Radar struggles with a horrible medical affliction, a set of hapless parents, and-only now, as an adult-all too ordinary white skin. A sophisticated, highly addictive reading experience that draws on the furthest reaches of quantum physics, forgotten history, and performance art, Larsen's I Am Radar is a novel somehow greater than all of its remarkable parts, a breathtaking and unparalleled joyride through the worst that humanity has to offer only to arrive at a place of shocking wonder and redemption